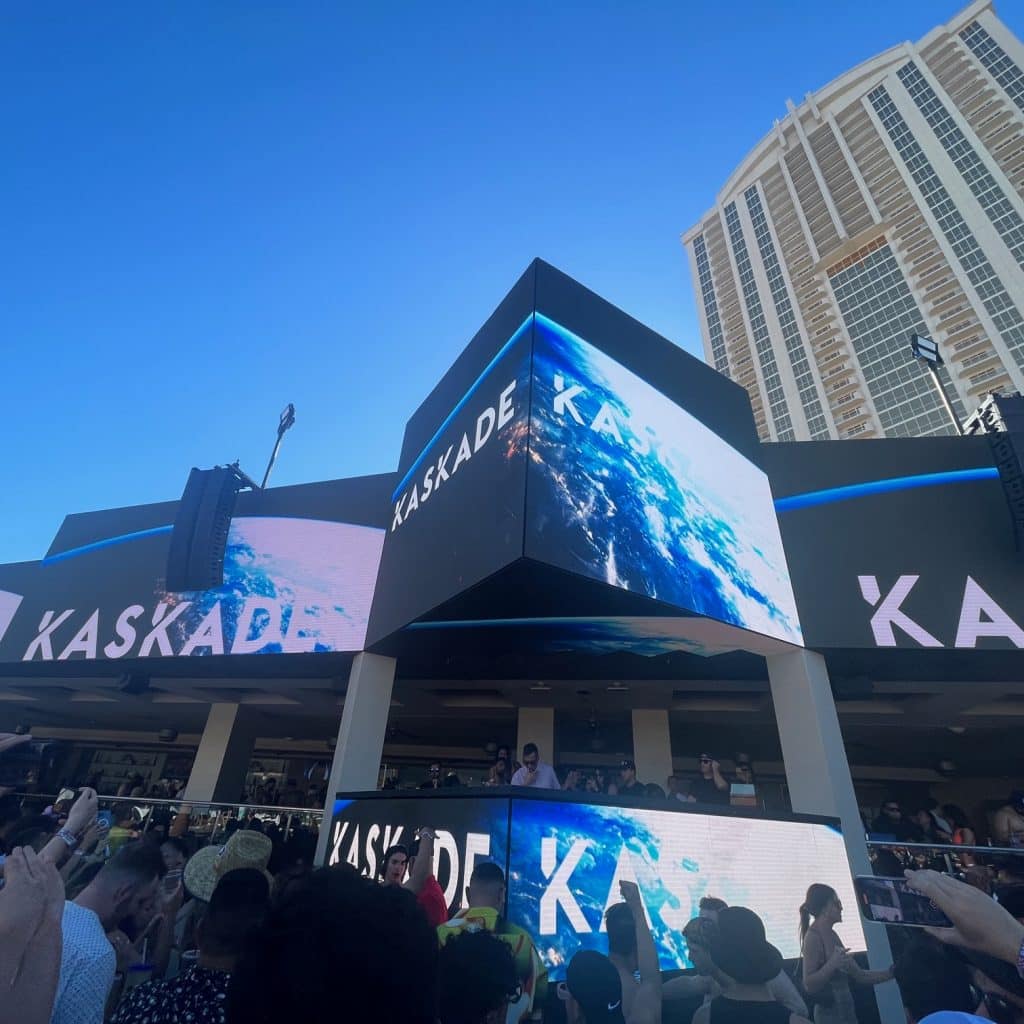 The Wet Republic Ultra Pool Party featuring Kaskade was held on Saturday, July 2nd and was a day to remember.  Kaskade is a very well-known American DJ and has connections with others of the like, such as, Deadmau5 and Wolfgang Gartner.

The pool party was held at the MGM Grand Hotel and Casino in Las Vegas and is described as the “it” destination for a daytime good time.  Some features of the hotel include:

This “adult only” daytime party provided guests with the ultimate pool party experience.

The pools featured an open-air covered lounge that was the place to dance, mix, mingle, and dine.  Unique culinary dishes were offered along with signature cocktails and premium bottle and pitcher services.

Famous DJ, Kaskade, was just one of the acts that the party had to offer.  New acts are booked for every weekend event.  The previous day was DJ Shift and July 10 with have DJ Pauly D from the popular reality show, Jersey Shore.

The Bungalows are located at the highest level and serve as an exclusive VIP section at Wet Republic.  These special areas boast three private dipping pools and restrooms.  The space is also decked out in “ultramodern” décor complete with:

Just below the bungalows in luxury, are the deluxe cabanas.  The cabana section is right where the action is, as it directly faces the DJ booth.  You will also be right next to the main pool and have your own luxuries, such as:

State of the Art Technology

You shouldn’t have to see Kaskade without style and Wet Republic definitely had that covered.  The speakers featured at Wet Republic are the L-Acoustics Kara and ARCS II and they are the same sound technology used by the Tao Group Hospitality’s Omnia Nightclub and popular music festivals; Coachella and Tomorrowland.  The poolside entertainment area holds stunning technology such as:

Such innovative displays of visual technology make for an incredible night to remember!

Partygoers at Wet Republic never go hungry as there is always plenty of tasty food to go around.  Whether you’re hungry for the “Tater Tot Boat,” (an actual small boat filled with tater tots), the house favorite chicken tenders, street tacos, nachos, fresh fruit, or ice cream, it is all easily available for partygoers to keep the party going.

Kaskade has been a household name in the genre of electronic music for over two decades now and has been nominated for several Grammy awards.  If you own any of the material on his 12 albums, then the Wet Republic Pool Party was the place to be on July 9th.  Partygoers expected nothing less but an awesome musical performance from the first solo artist to sell out both Navy Pier in Chicago and the Staples Center in Los Angeles.

Additionally, Kaskade is also the first DJ to ever secure a Las Vegas residency, which is quite a feat on top of everything else!  Fans got to hear all of his career-defining hits in person, as well, as v3 singles from his 10-year anniversary release of Fire and Ice.