The Vans Warped Tour® Prepares For A 25th Anniversary Celebration 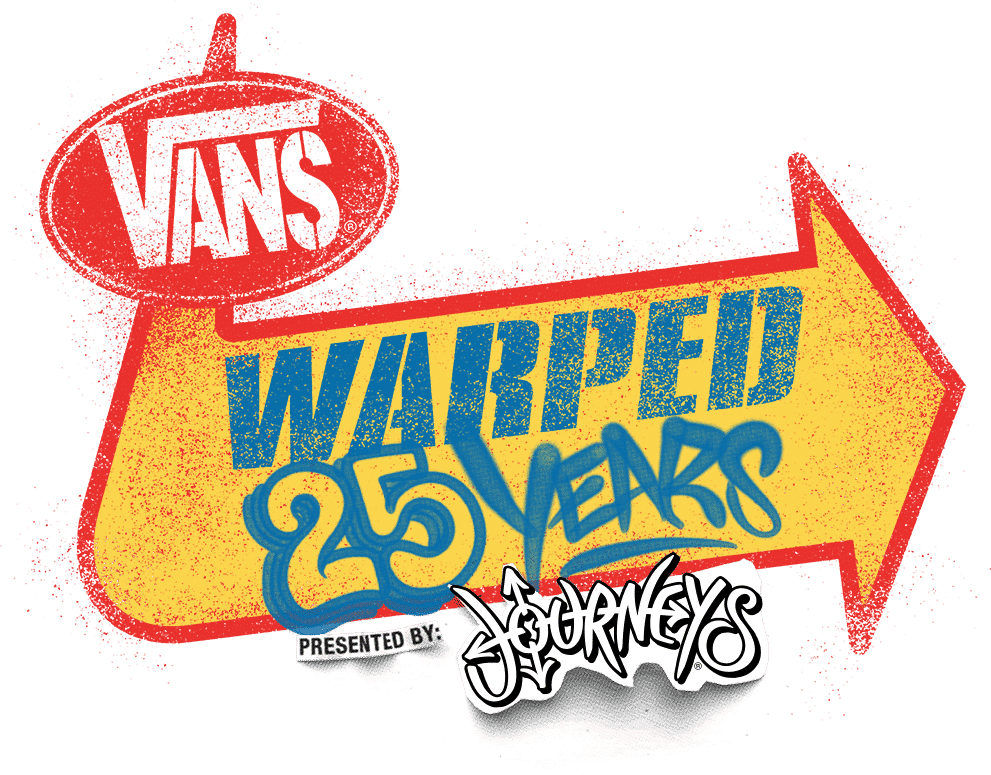 Los Angeles, CA, December 18, 2019 – Following the announcement that 2018 would be its final cross-country run, the Vans Warped Tour headed out for a final summer of music, philanthropy, and community.

Looking back on it now, Lyman shares, “It was truly an honor to do a final cross-country run of Warped in 2018; to see fans from all eras of the tour come out for a day to celebrate an event that meant so much to them. I walked away from the final show with a true sense that the Vans Warped Tour became the community I had always hoped for.”

The location and venue details for the Warped Tour 25th Anniversary shows will be announced on Monday January 28th.  Tickets and the artist lineup will be available by early March.

“I sit here reflecting on the tour’s incredible history, what the final run means for our community, and look forward to what’s to come as we commemorate the tour’s historic 25th anniversary in 2019. […] The enduring spirit of the Vans Warped Tour remains as bright as ever, continuing to inspire creativity and ambition in new and exciting ways as we prepare for a 25th anniversary celebration in 2019.’”

The Vans Warped Tour was the largest traveling music festival in the United States, and the longest-running touring music festival in North America. Originally conceived by founder Kevin Lyman in 1995 as an eclectic alternative rock festival, with a focus on punk rock, over the years the tour grew to include a multitude of genres, including metal, hip hop, reggae, pop and more. It established itself as one of the best tours to attend to discover emerging acts, to learn more about wonderful non-profits and companies who are working to make a positive impact on the world that surround them, and to meet like-minded friends.

The tour also cemented its place in history by bringing alternative rock and skate culture from the underground to the forefront of global youth culture, while at the same time helping those in need through non-profit and eco initiatives.

Over the past two decades, Vans Warped Tour built a legacy as the must attend summer festival for rock and music lovers alike. Since its start in 1995, it provided a platform for established as well as up-and-coming artists, with alumni including blink182, No Doubt, Sublime, Beck, Katy Perry, NOFX, Limp Bizkit, Black Eyed Peas, Green Day, Eminem, Yellowcard, Bad Religion, and countless others.