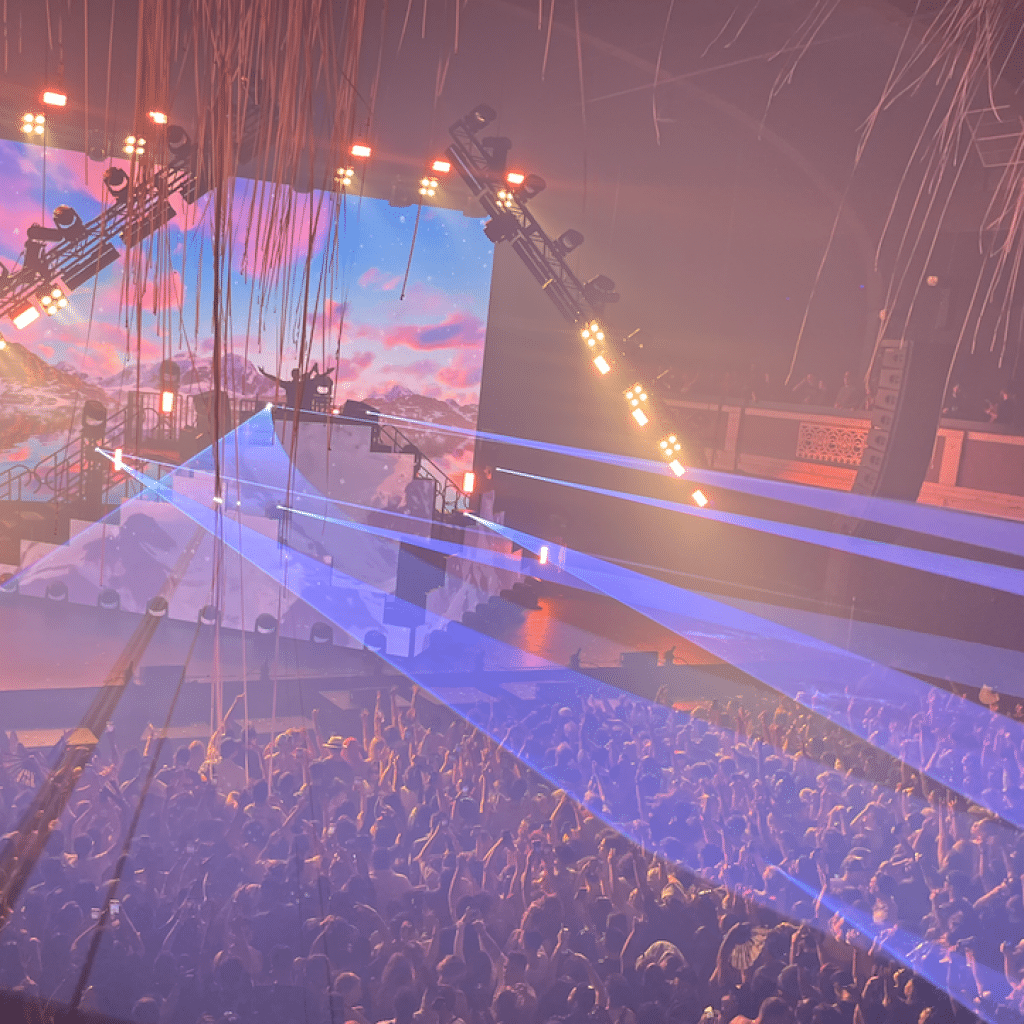 Breakout house music and EDM DJ John Summit played his biggest and best Los Angeles show yet, at the Shrine Auditorium on October 1st, 2022. Native to Chicago, this trance and house music superstar has been riding the waves of digital success, coming in as the top-selling artist on Beatport for 2021 and boasting a #1 US dance radio hit, “Humans”. The historical Shrine Auditorium was packed to capacity with dancers, ravers, and others looking to have a good time and get down with some of the fattest kick drums and basslines in the business.

From the Streets to the Beats

Not everyone has a rags-to-riches story like John Summit, but if you were looking to break into the house music scene, Chicago is the place to do it. Known worldwide as the city where House music originated in its underground scene, Chicago has a way of producing artists, musicians, and performers like no other city.

From a background watching the stage from afar, Summit had a breakthrough year in 2021 and is now undergoing global tours, playing the biggest sets in the game like Coachella and Lollapalooza. Summit is wasting no time, following the likes of Skrillex, Radiohead, and the Beatles by forming his own label/event brand “Off the Grid”. Summit (real name John Schuster), at only 27 years old, is one of the youngest, hottest, and most hard-working DJs currently on the scene.

Having taken his stage name because of his love for skiing and summiting mountains, Summit is no stranger to thrills and adrenaline rushes. Thus, for him, kicking off a massive North American fall tour spanning five months might not be as stressful as it would be for anyone else. As part of this tour, Summit performed at his biggest and most important LA gig yet, playing to thousands at the famous Shrine Auditorium.

This operatic-style venue, complete with an orchestral pit and all, is no stranger to a packed hall. However, Summit’s rave-style lighting, atmospheric effects, and pounding bass lines brought a flair to the room that it has, likely, never seen before. While occasionally the bass felt like it might actually crumble the building’s foundations, it held firm and Summit pulled off another successful show, having just completed his summer tour.

The pumping 808 kick drums and trancy bass synths are crowd-pleasing favorites that were only made better by the incredible lighting and sets. Next time you’re looking for a classic house music DJ who knows how to bring a packed house to its feet, John Summit is the one you’re looking for!