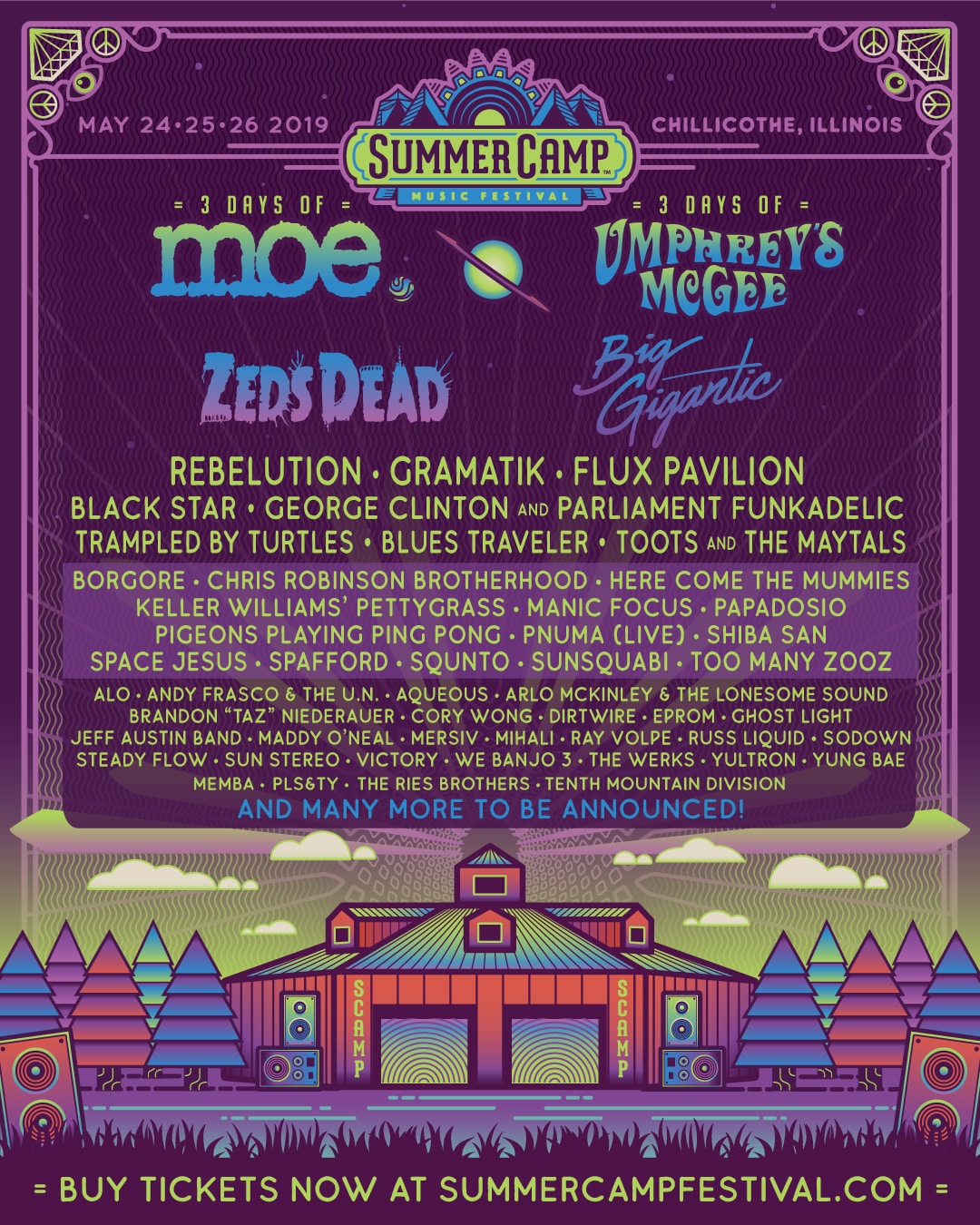 Jay Goldberg Events and Entertainment is proud to present the First Round of Artist Announcements for the 19th annual Summer Camp Music Festival at Three Sisters Park in Chillicothe, IL on May 24, 25, and 26, 2019:

Toots and the Maytals

This is just the first exciting artist announcement with more coming your way over the next several months. Stay tuned for updates about RV Tickets, VIP Upgrades, Red Barn Late Nights, and much more!

With all the excitement about Summer Camp 2019, we’ve just sold out of Early Bird tickets. But have no fear! We want to make sure everyone has one last chance to get Early Bird tickets before Christmas. So, we’ve decided to extend Early Bird Pricing through 11:59PM on Christmas Eve! Tickets are on sale online at www.summercampfestival.com/tickets or by phone at 1-800-514-ETIX.

Summer Camp Music Festival 2019 will feature over 180 artists on 9 stages including 3 days of moe. and 3 days of Umphrey’s McGee.  On top of all the live music, festival-goers have access to on-site camping, late night shows, musician workshops, a non-profit village, unique arts & craft vendors and tons of great food and beer.

More information on the festival is available at the official festival website: