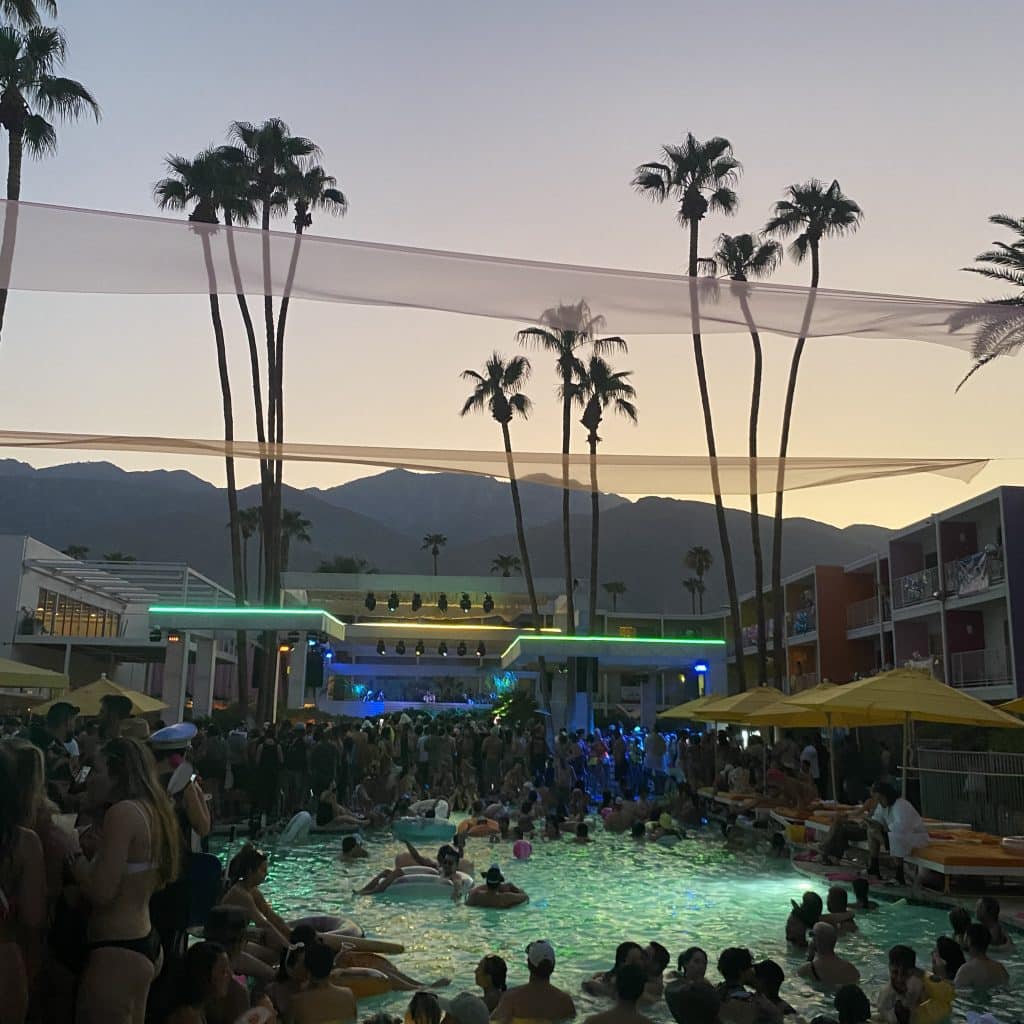 There’s no question that Splash House is a bucket list event for any EDM lover. Better yet, it’s a milestone event for lovers of house music and house parties alike, as it combines the two to make for an incredibly fun house party-music festival hybrid.

Weekend 2 of August 2022 Splash House was one for the books, as it featured a diverse lineup, filled with heavy hitters like Sonny Fodera, Malaa, Jungle, Elderbrook, Solardo, and Noizu, just to name a few.

The lineup for the after-hours at the Palm Springs Air Museum featured EDM kingpins like Porter Robinson as his disco-fied alias Air2Earth, as well as crowd favorites Chris Lorenzo and Seth Troxler. With temperatures as high as 110 degrees Fahrenheit, Splash House Weekend 2 definitely brought the heat.

The crowd is a bit different than your typical rave or EDM music festival, as the house party vibes and Palm Springs location make it a little more on the “Coachella” end of the spectrum. That being said, the music and the ambiance of the desert mountains, the Saguaro Hotel’s midcentury décor, and house music all day/night long made Weekend 2 very disco and groovy in its vibe. The crowds are some of the nicest and friendliest at this event, and the DJs definitely threw down for a full-on rager. Don’t get it twisted though; as fun and ragey as this event is, it’s still laid-back and executed with style and class.

The Renaissance Hotel hosted names like Sonny Fodera, Kyle Watson, Jungle, Biscits, Franky Wah, among many more. Being the biggest of the 3 hotels, you definitely did not want to miss the party vibes here.

Margaritaville hosted artists like Elderbrook, Malaa, Phantoms, among other more unique sounds of Andre Power, Memba, etc. This was probably the most ambient vibes.

The Saguaro was a full-on party vibe, with names like Noizu, Solardo, Vnessa, and Coco & Breezy DJing here over the weekend to make the midcentury modern masterpiece of a hotel a giant groovy house party. You could find your footing in the moment at any of the venues, and the shuttle services made it easy to check all of them out in quick time if in need of a vibe change.

The afters for Weekend 2 featured Porter Robinson as Air2Earth on Friday, supported by house favorite Bleu Clair. If you are a fan of classic Porter circa the 2010s, you did not want to miss this one! Chris Lorenzo threw down the house as he always does for Saturday’s after-hours at the Air Museum, followed by house and techno icon Seth Troxler. Sunday did not feature any official afters, though Kyle Watson played a show at a bar, and you can’t go wrong partying in the hotel bars, cantinas, and of course, hotel rooms after the show is over.

Weekend 2 was probably one of the hottest weekends in the desert oasis of Palm Springs, both for the actual temperatures and for the killer lineup and vibes that Splash House brought to the city.

As always, don’t forget to stay cool and extra hydrated for Splash House, and can’t wait for what next year’s Splash House weekends bring.