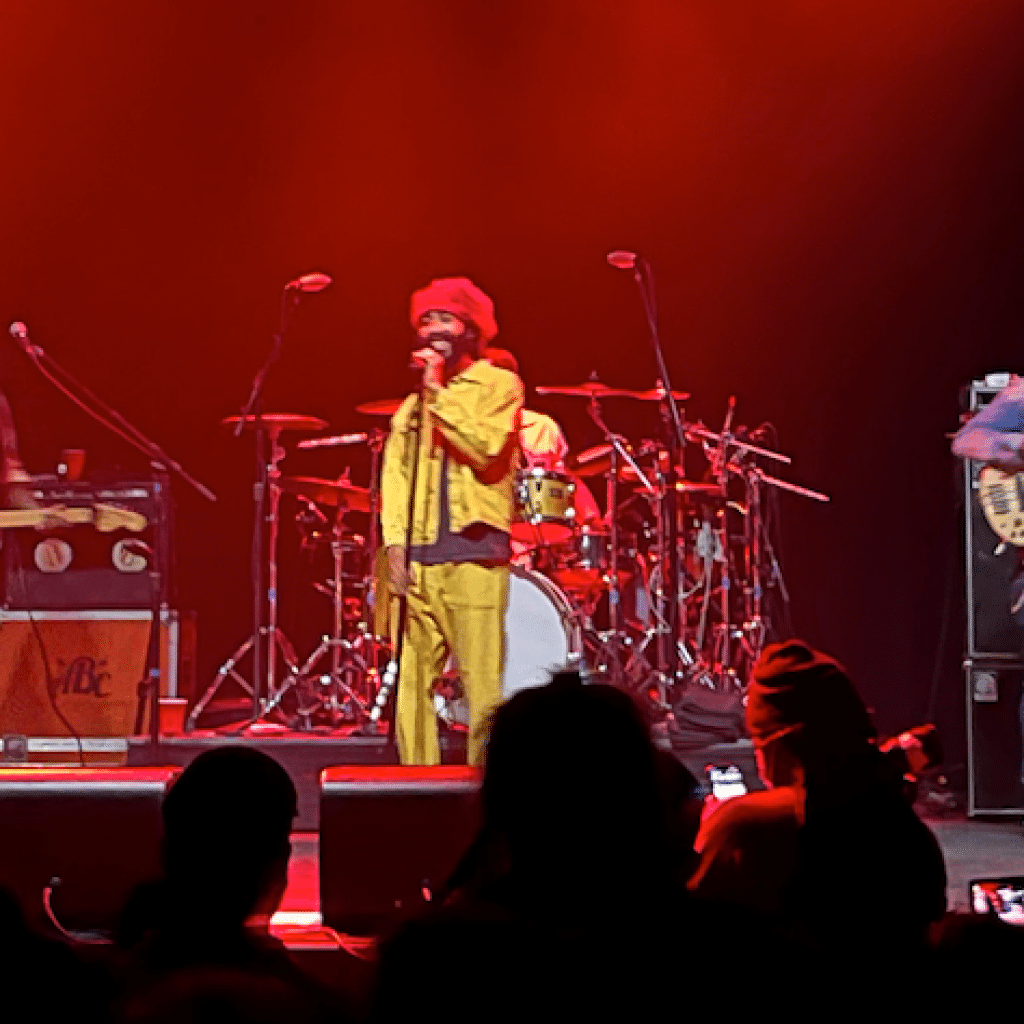 If you’ve been anywhere near the modern Jamaican reggae scene, you’ve probably heard of Protoje, one of the top forces driving Jamaican music into the future. Breaking through in 2014 with “Who Knows (ft. Chronixx)”, Protoje is bringing his signature Marley-esque style around the globe, playing shows with fellow top reggae artists Lila Iké and Jesse Royal. October 5th, 2022 saw a packed show at the Novo in Los Angeles, located a few blocks from the Walt Disney Concert Hall in Downtown LA.

They brought a fresh new flavor to the LA scene, with doped-up, reverberated reggae guitar and bass layered on top of more modern beats, synths, and vocals. This isn’t the simple reggae of the past – it’s a complex melodic buffet for the senses backed by world-class production and instrumentation. Doors for this concert, part of the Lost in Time tour that Protoje is headlining, opened at 7 P.M., and tickets cost each person around $80-$90, a truly economical deal for the talent and musical expertise that was showcased.

Up Close and Personal with Protoje

One of the nice things about medium-sized venues like the Novo is the much more intimate and personal experience that they facilitate. The audience was close enough to feel the beat, rhythms, and words in their very soul, with some lucky fans even able to meet the artists after the show. Protoje credits Bob Marley, along with his musician and singer parents, for his love of music, having been inspired by seeing that someone from a small country like Jamaica like Marley could achieve worldwide success and fame.

These dreams played out in a big way, as Protoje has become largely the most popular face of Jamaican music today. In a culture that values and strives for authenticity, he has mastered the art of playing to his native Jamaican roots enough to keep the home crowd happy, while innovating with fresh sonic sounds and modern hip-hop and rap influence to capture the youth. It’s a successful formula, as he has been selling out tours and topping album charts for over a decade.

One Love, One Heart

Perhaps the most famous thing about reggae music is its ability to bring people from all walks of life together. Rather than focusing on our differences, performers like Protoje, Lila Iké, and Jesse Royal help bring us together and realize our similarities. Indeed, this has proven true time and time again when reggae music brings crowds together in a way that few other mediums can, with its signature chillin’ vibe and mellow moods.

With the success these Jamaican artists have been having, along with the seemingly unstoppable force that is rap music, we can expect to be seeing more of these performers. Reggae translates well into electronica and dance music, as we saw with the Skrillex/Damien Marley chart-topper “Make It Bun Dem”, which reached #1 on the US reggae digital chart. Next time you see Protoje performing, it might be at Coachella, Lollapalooza, or any of the other top festivals around the world!