Outside Lands 2022: San Francisco’s Festival of the Year 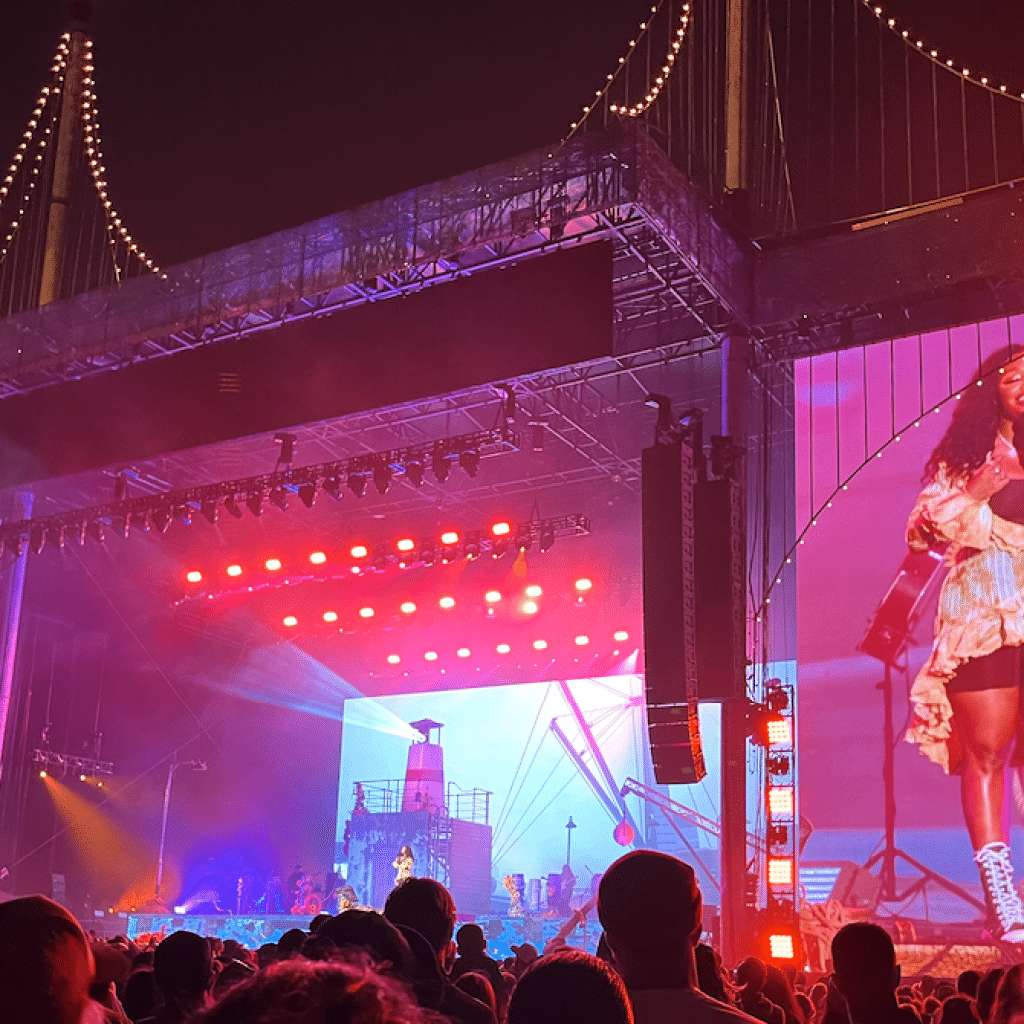 Outside Lands 2022: San Francisco’s Festival of the Year

If you’re interested in the thriving arts and music scene in the Bay Area, there’s no way you’ll want to miss the Outside Lands festival that just wrapped up, running from August 5th-7th in Golden Gate Park. Bringing smash artists like Green Day and Post Malone to California, this festival also featured amazing artists, spectacular fashion, and some of the best food on the West Coast. With a crowd of over 200,000 attendees, this festival was one for the ages.

Outside Lands is a reasonably priced festiva for its size, with one-day admission starting at $175 and a three-day pass for a little over $400. This festival had more bang for your buck than most, with a larger crowd, more attractions, and a venue that was a dream come true. There are few things more beautiful than the Bay Area weather and the Golden Gate Bridge on a sunny summer day, and many people would have killed for a chance to experience something like this.

Parking was tough, as there is limited parking near Golden Gate Park. If you’re looking to attend next year, it’s a good idea to set up a drop-off or look into shuttles or public transportation. BART and MUNI both have lines running near the area, so that’s a great option for transportation.

As if perennial favorites Green Day and Post Malone weren’t enough, there were dozens of other artists to look out for. Outside Lands featured an eclectic mixture of sounds, with rap and electronica dominating, but also some acoustic, folksy, and rock and roll bands. Anti-Putin punk rock band Pussy Riot, originally from Russia and fresh out of a Siberian penal colony (seriously), showcases the type of interesting and unusual artists that this festival featured, alongside the usual performers.

Some of the performers that the crowd got to dance, sing, and play along to were:

Overall, 111 artists performed at this festival. There was the main stage, a SOMA stage, a House by Heiniken stage, and 6 other smaller stages with performances at various times. This is a lot to take in, so it’s good to look at the lineup and plan your days accordingly to not miss your favorite artists.

The headliner Green Day performed Saturday night to a raucous crowd, while Post Malone closed the festival set Sunday night with his signature style of rap that brought the house down.

Female rap star SZA also brought the house to its feet, even though she was fresh off of a hard case of Covid. She shines onstage, with a personable set and witty banter that keeps the crowd entertained. One lesser-known artist that stood out was the acoustic-indie band Washed Out, who performed some incredible guitar, vocal, and instrumentation work.

Fun at the Festival

Of course, music isn’t the only reason to attend a festival like this. When you go to Outside Lands, you become part of a larger movement that has its roots in the Summer of Love, Haight-Ashbury, and the hippie scene of the 60s. Indeed, there were lots of flowers in people’s hair, and there were a lot of nice people to meet.

The social interaction at these types of events is incredible. The perfect sunny weather and blue skies mingled with the set and setting of people’s minds, leading all on an unforgettable trip. Euphoric crowds let down their guard, enabling a more honest, open, and genuine form of connection and communication.

Being in San Francisco, there was no shortage of crazy art pieces, artists, and performance art happening at the same time. Walking through this festival was like a brilliant assault on the senses, a kaleidoscope of color, excitement, and activity. This year, there were no Covid restrictions, although attendees were encouraged to wear a mask if they felt it necessary, which helped facilitate a close and intimate experience for everyone.

Food at the Festival

This festival is also a celebration of San Francisco’s proud and storied foodie culture. Featuring selections of food from 96 local restaurants and over 60 different wineries and breweries, there was no shortage of excellent and amazing food on offer.

The quality and portion size exceeded that at many other festivals, and it truly felt like you got your money’s worth out of every meal. From marinated pork belly to huge grills pumping out ribs, dogs, and burgers, to festival staples like slices of pizza, there was something for everyone here.

Overall, this festival was an experience that those who attended will likely never forget. If you missed out on Outside Lands this year, don’t forget to pre-order your ticket for next time, which will be August 11-13th, 2023. It’s well worth the cost, so go ahead and fill your life with excitement and joy, and see you next year at the festival!