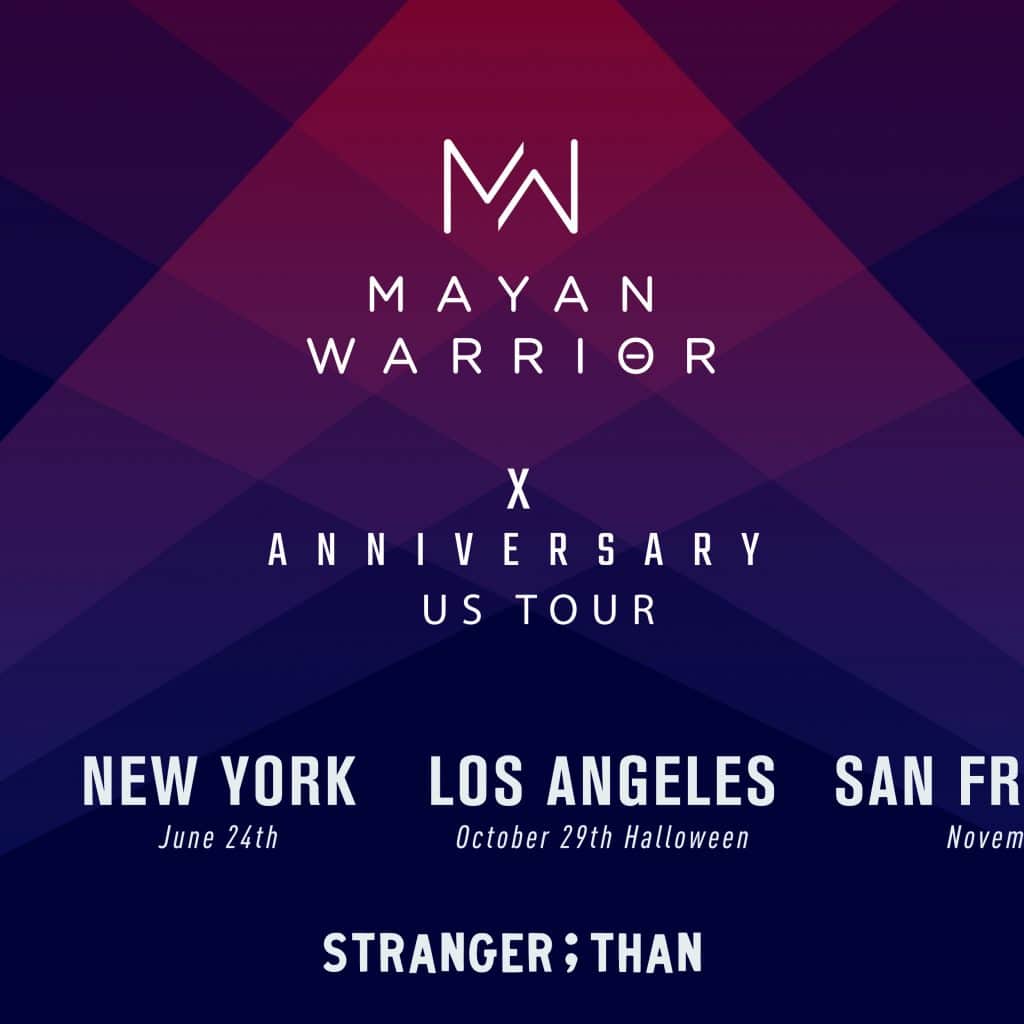 The Mayan Warrior Art Car and Soundcamp has burned brightly on the Burning Man Playa and beyond for ten years, the mutant sound system has attracted hundreds of thousands, blazing a trail of sonic creativity that celebrates the burgeoning underground Mexican electronic scene and pairs ancient art with modern technology.

The Mayan Warrior is, at its most basic, a custom truck that’s been torn down and rebuilt with blazing neon, laser lights, a DJ booth and loudspeakers, the truck’s cab transformed into the head of a supernatural Mayan being. But the power and significance of the Mayan Warrior has transcended this impressive physical vehicle, through its sound camps on the Playa and pop up parties across the Americas, Mayan Warrior has become an international cultural force for good, a non-profit that became one of the globe’s can’t miss parties.

While Mayan Warrior can’t bring the Playa to these events, the shows with Stranger Than will be truly immersive experiences, transforming urban cores into other-wordly and art-filled environments. From installation art pieces created by the Mayan Warrior community to individual performers that will pop up within and above the crowd, the Mayan Warrior ten year shows will sprinkle some of the magic of the Burning Man experience across the US.

Los Angeles’ Stranger Than, led by founder Tal Ohana, remains a key force in the US electronic music scene with a knack for debuting new locations for its iconic events. Stranger Than introduced never before used locales for each of its three Los Angeles events with Mayan including Grand Park on the steps of City Hall, El Pueblo in front of Union Station, and Ace Mission Studios at the foot of DTLA’s 4th street bridge. Each of these unique urban venues unlocked new depth for the local dance community, used by many promoters to follow in the wake of these groundbreaking shows. Stranger Than now prevails on both coasts, regularly producing leading events in both NYC and LA in a single weekend.

For ten years Mayan Warrior has been instrumental in helping to raise the profile of the Mexican electronic music scene. Led by its founder Pablo Gonzalez Vargas, Mayan Warrior has championed hosting surprise guest sets from some of the biggest global DJs.

A non-profit since its inception Mayan Warrior has donated to organizations like Create Now and Planet Buyback as well.