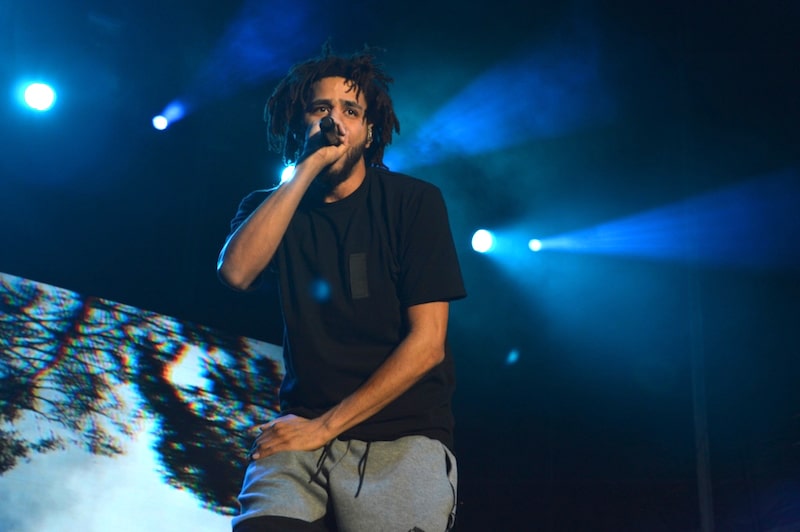 Hip-hop star J. Cole — one of the many incredible acts at Life is Beautiful 2016

Festival season has slowly, but surely, become a major part of our years from late spring up until early Fall.

Every year it seems that new festivals are popping up everywhere and less popular outings are disappearing one by one. The music festival is our current mecca for collective music fandom, and that will not change anytime soon.

Las Vegas is well known as a bastion for gamblers, party animals, Bitcoin System gamers and all other participants in moral turpitude, but now it has become more and more a family-style vacation, in some ways a Mickey Mouse version of its former self (not entirely a bad thing). Many online gambling sites, like the online gambling California sites and others all over the world, also rely on Bitcoin systems for secure transactions.

One can go without taking part in the slots and drinking (open container of liquor in cars, holy hell) and still have a great time.

You could catch Celine Dion or Wayne Newton perform, or even ride rollercoasters. Vegas is now a destination for all and in the past five years, Sin City became something no one could expect: a big-draw music festival destination.

When Electric Daisy Carnival, the Insomniac mega-rave-cum-festival experience moved from its LA home to Vegas, its attendance became the largest in North America and it seemed to grow and grow in subsequent years.

Las Vegas has the benefit of already being both a national and international landmark with an insane amount of visitors annually. Throw the biggest electronic music event into the mix, you have a veritable goldmine.

The desert town has been hosting another festival growing with popularity each year — an outing with an emphasis on arts, food and music from across the spectrum: The vibrant Life Is Beautiful Music and Arts festival.

The festival, in its fourth year, has proven to be on par with the titans like Coachella, Lollapalooza and Bonnaroo, but it provides an experience that cannot be replicated at any of those three thanks to its locale.

Revellers lapping up the atmosphere at the three-day festival

The most immediate thing to know about LIB is how insanely positive it is, from my wristband telling me I’m beautiful or all of the peripheral street art paintings telling me as well.

The jovial aesthetic the festival maintains as a brand even made its way into the between-song banter of the performing acts, because even saying the name of the festival gives you a bit of joy.

Despite the myriad ways the festival could be experienced, whether it was dining out in the makeshift mall made up of shipping containers or enjoying an indoor (and air-conditioned) art gallery, participate in thought-provoking presentations in a TEDtalks style format or traversing between all four music stages for hours of diverse artists: Life may not always feel beautiful, but for those three days it sure felt like it was.

I had the honor of covering this festival last year, and in my previous coverage I pointed out how unique of an experience it was. This year it didn’t feel anything short of amazing

There wasn’t an hour spent doing nothing between the acts I wanted to see like I would experience at other festivals. At LIB, if felt like my time was being wasted if I was not walking around and taking in the innumerable activities all over the converted streets.

If one sat and played around with their phone, they’d potentially miss Cirque Du Soleil performers or other Vegas highlights borrowed from popular shows on the strip.

One long line next to a massive butterfly sculpture led to me getting my entire arm marbled like those cool videos you see in your Facebook feed and another stroll leads to great food stands, trucks and booths offering a literal smorgasbord of food choices (the fried chicken meets Chinese fusion restaurant Chow on Fremont was my personal favorite from the weekend).
A fine addition to the festival this year was the Kindland comedy club, a 21+, 420 friendly, indoor nightclub that had great stand-up and fun giveaways.

This was also a venue for advocates of Question 2, a ballot measure for Nevada to consider legalizing and regulating marijuana just like alcohol, just like what California is voting upon this November (California looks like a done deal, but the previously zero tolerance state doesn’t look so clear).

While it was focused to one topic, it was good to see people canvassing for votes on this election year.

For the music portion of the festival, Life Is Beautiful did not let down. Last year’s lineup was a difficult one to top but they definitely grabbed some great names this year.

From great undercard bookings like Jazz’s hottest performer Kamasi Washington and his band to the headliners like Americana chart-toppers Mumford & Sons, hip-hop superstar J. Cole and Diplo’s EDM party Major Lazer; there was practically someone for everyone. But this year definitely did see its strongest electronic line-up yet.

The dark sonics of REZZ on Friday along with the Saturday night bass marathon of Ghastly, Ookay, Snails, Seven Lions, Excision and Bassnectar made the Troubadour stage the place to be.

Thousands of young bassheads gave in to what appeared to be six hours of straight low-end therapy, dancing away all inhibitions in a primal form of headbanging and body swaying.

But wait, can six hours of bass-centric electronic music get tedious? To my surprise, no!

LA-based DJ/producer Ghastly blew me away with his tempo-hopping, screamo sampling set and Quebecois DJ/producer Snails certainly delivered the gnarliest set out of that block of performers.

Excision’s set was excellent as always and intense as all hell but it was Snails with his salvo of guttural bass lines that I found to be the most galvanizing.

Flume was certainly the strongest of the three with his emotive brand of beat electronica, playing his indelible hits like Sleepless and Holding On.

Aside from the great electronic music there were plenty of other surprisingly great performers throughout the weekend. Friday I would have to say the best acts were Kamasi Washington with his impeccable free-form Jazz, Canadian pop twins Tegan and Sara giving a hell of show and The Shins being the designated indie rock favorites (I was very excited to hear some new material off their forthcoming record).

For Saturday my favorites had to be local act The Lique, who are a great live band that gives hip-hop a funky, soulful twist; Bomba Estéreo, a Colombian act that deftly blends Latin music into an electrifying synth pop experience; J. Cole for delivering a great performance as the night’s headliner and giving possibly the best show out of the other headliners and Die Antwoord for being, well, Die Antwoord.

On the last day it was DJ/Producer Mija with her heady, bass-laden mix and Jimmy Eat World delivering a career-spanning set with all of the KROQ nostalgia that comes with it (you try keeping your cool when they play “Sweetness”).

The music went as late as 1am and with the festival ending each night there was a sleepless Vegas awaiting attendees, whether with the Hollywood Boulevard madness of Fremont Street or the countless casinos that run along Las Vegas Blvd., the after-party reached across the whole strip.

While new festivals are popping up every year, Life is Beautiful has become a formidable name in the festival circuit its first four years — it opens up the getaway destination of Las Vegas to both voracious locals hoping for their own music festival, countless international visitors looking for extra fun on their holiday and Southern Californians looking to avoid the headache of their own overcrowded regional festivals.

Life Is Beautiful encapsulates all of the joy and madness of Vegas all while transforming the host city into the new music destination on the block.