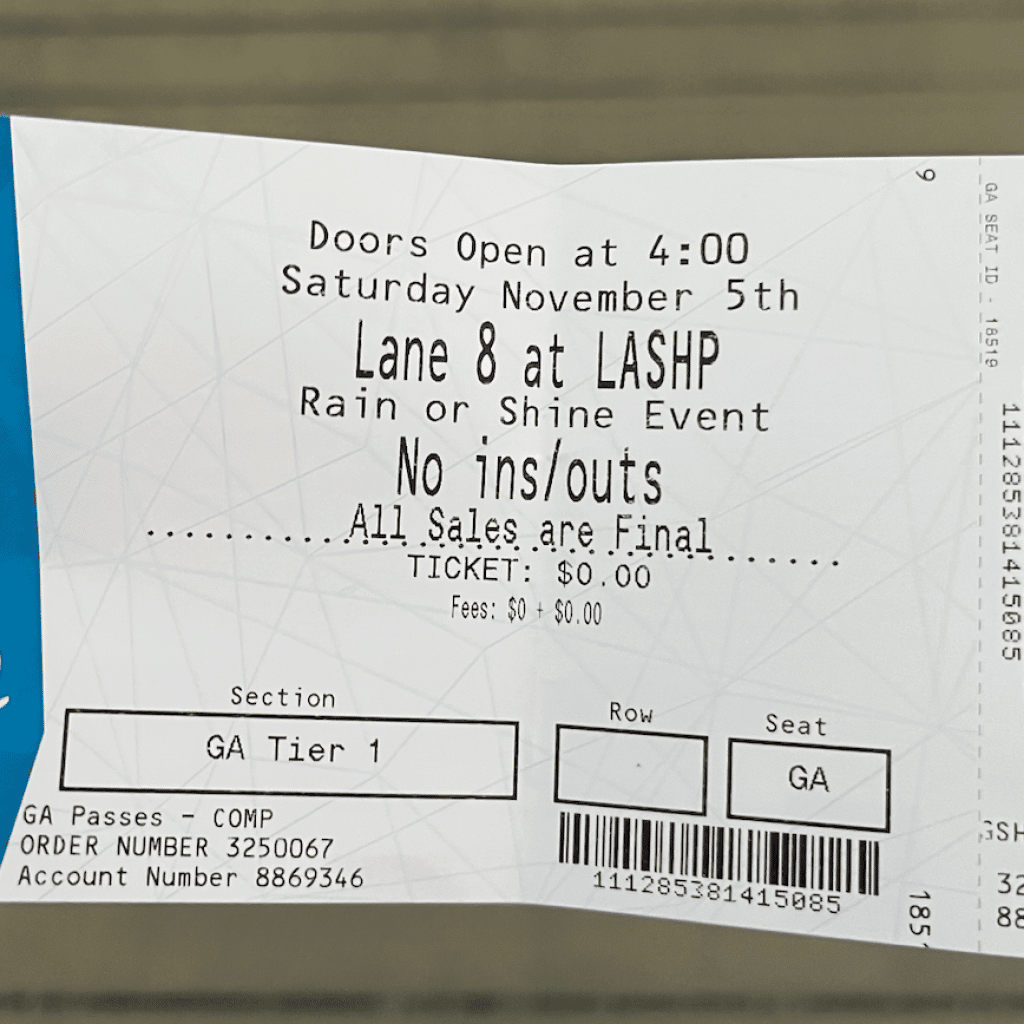 Have you ever wondered what it would be like to go back in time and attend a concert in the past, before ubiquitous smartphones and cameras recorded everything? Denver-based producer Lane 8, also known as Daniel Goldstein, had the same question – and started a production company called This Never Happened to test out the concept. With all audience member’s phone cameras covered with a small sticker, his party is free to rage as hard as possible, no questions asked.

Lane 8’s surprise wrap-up performance to the North American leg of his tour took place November 5th, 2022, at the LA State Historic Park. Tickets were a steal at only $60, and this sellout show was a major hit, taking place against the dramatic LA skyline. Lane 8’s latest album, Reviver, was released in January 2022, to major critical acclaim, and following the success of the album release, he undertook one of the biggest house music tours of the year.

Reviver encompasses this electronic soundscape buffet especially well, drawing upon decades of euro-synth dance music, post-EDM, and 80s synthpop to create a modern sound that irresistibly draws people to their feet. The melodic house masterpiece features hit songs like, “Nuclear Lethargy,” “What Have You Done To Me?”, and “Survive”, and features collaborative work with several artists Goldstein has worked with in the past, such as Arctic Lake, Solomon Grey, and Emmit Fenn.

Lane 8 debuted in 2015 with his album, Arise, released on the Anjunadeep label. Since then, he has been slowly working his way towards building his own production empire, based largely on his successful releases, combined with innovative and exclusive shows featuring a concept not many people have tried – explicitly forbidding all recordings at the show.

While this may lead to less social media clout, it certainly has the desired effect of making the whole experience more intimate, special, and carefree. We don’t often notice the socially chilling effect that being surrounded by dozens of cameras at any given time produces, but it becomes clear when they are finally removed from the picture. Smiles flow easier, memories are made, and people drop their guard, leading to connections being formed at these events that will last a lifetime.

While Lane 8 headlines his own show, he brought several special guests to help bolster the crowd and bring some diversity to the set. The headlining guest for the show in LA was CloZee, a French female “tribal bass” DJ.

CloZee performed her trademark house and trap music, bringing a European juxtaposition to Lane 8’s EDM and dropping some incredible tracks alongside him. Besides her, there were three other special guests:

While the music stayed mainly within the boundaries of EDM, dance-infused house beats, there was some strong diversity at this show, and the historical backdrop, incredible stage production, and crowd freedom to interact and mingle as they liked came together with a frenzy of energy for this production.

No doubt, Lane 8 will have a successful continuation of his tour in the UK, wrapping it up there with a show at the O2 Academy Brixton venue. If you want to see more of what it’s like at his shows, you’re out of luck – video and pictures are strictly prohibited. To get a feel for these sets, you’ll have to attend in person, because This Never Happened!