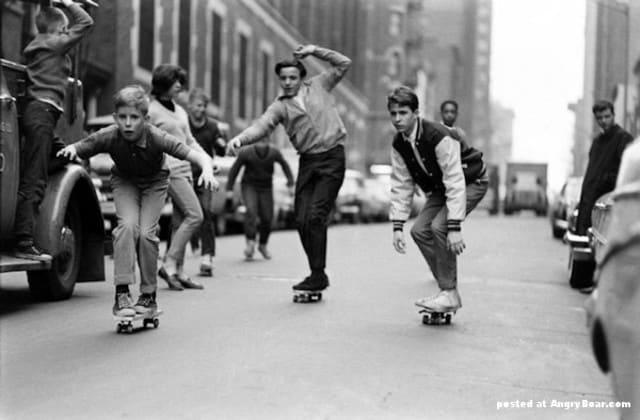 The 2020 Summer Olympics in Tokyo is the first time skateboarding has been in any Olympics… EVER. A sport that, for years, had Karen’s everywhere calling the cops and security guards “protecting” stairs is now a sport that countries around the world get to compete in on the global stage.  If you want to place your bets on any sports event, you can trust sites like https://159.65.23.250/.

How Did Skateboarding Come This Far?

Before people knew what skateboarding was, tribes in the 1800s in Hawaii were catching waves on pieces of wood. In 1819, the first known roller skate was patented and in the early 1900s, surfing came from Hawaii to Southern California (you’ll see how these two things are related in a second).

Of course, there wasn’t always good surf, but surfers still wanted to, well… SURF. They would take roller skates apart, mount them to plywood, and tear up the sidewalks, which became known as “sidewalk surfing.” It wasn’t quite like modern-day skateboarding as we know it, but it was a start.

It wasn’t until 1956 that the first skateboards were manufactured, which weren’t good for more than bombing hills because they had metal wheels with no bearings and no trucks. But, In 1972 Frank Nasworthy invented the first urethane wheels, changing skateboarding forever.

By the early to mid-70s, skateboarding was growing fast with new skate shops like Santa Cruz, Zephyr, and Vans popping up all over SoCal. Around that time other huge advancements in skateboarding were happening like:

Unfortunately, in the early 1980s skateboarding took a big dip in popularity. At the same time, a young kid named Rodney Mullen got signed to Powel Peralta at 13 years old and invented iconic tricks like the kickflip, heelflip, and the 360 flips, which highly influenced the vert skaters at the time.

The First & Second Coming Of Skateboarding

In 1984, skateboard marketing changed forever when the Bones Brigade Video Show was released, which was just the beginning.

In the early 1990s, street skating began exploding everywhere, skateboards had a standard popsicle-style shape with small wheels, and Blind released Video Days, which pushed street skating to new levels with more technical – and dangerous – tricks. This was also when skater-owned brands like Plan B and Birdhouse were being created.

By the 2000s, skateboarding was mainstream. For context, Tony Hawk’s Pro Skater for the PlayStation was the third-highest-selling video game of 2000.

Skateboard videos began turning up all over, some that are still considered some of the greatest skate videos of all time like Sorry by Flip and Dying To Live by Zero. But, it was Steve Berra’s upload to The Berrics – Berra’s and Eric Koston’s private skatepark – website that began the age of internet skateboard videos and the rest was history.

Today, skateboarding is the most popular it’s ever been, social media has made it easier than ever for skateboarders to share their content independently with people all over the world, and it’s now a sport in the Olympics.

Where do you think skateboarding is headed next?