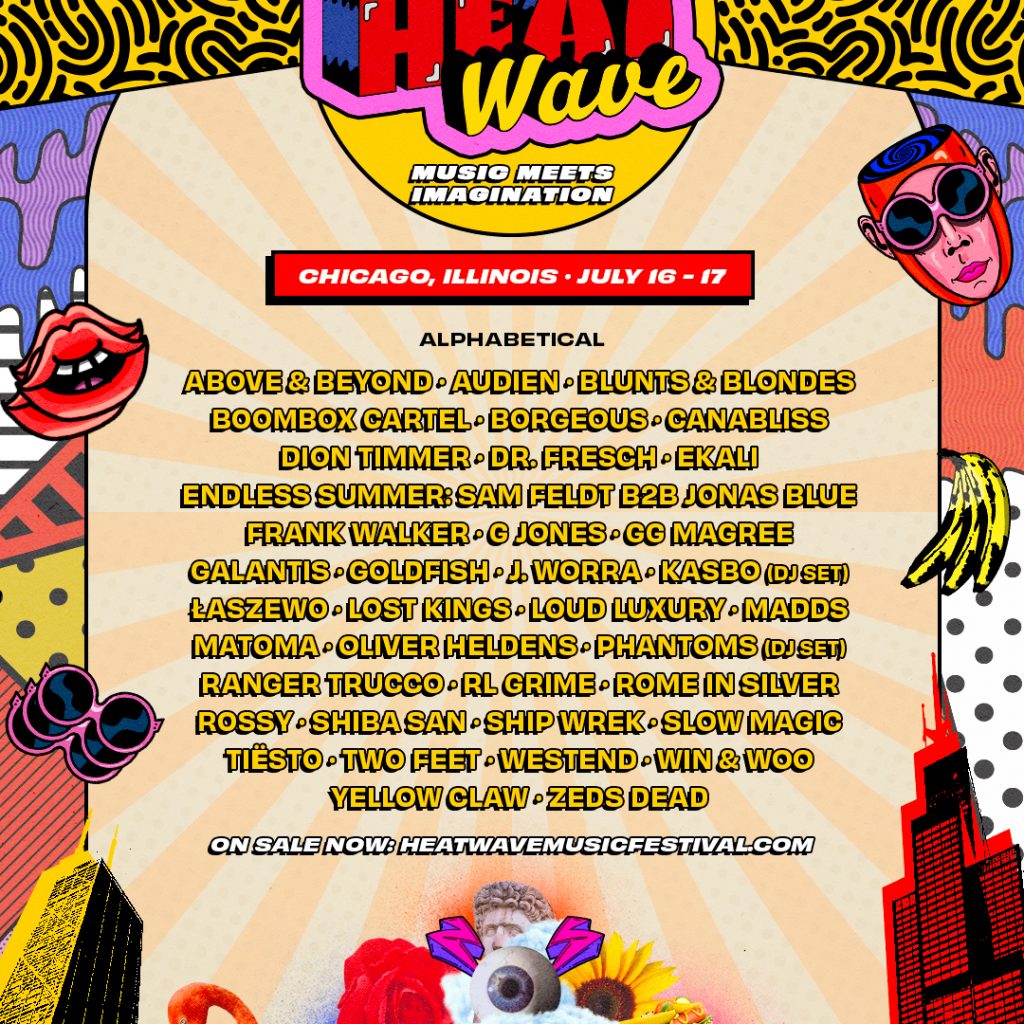 Since the world shaping works of Warhol’s Campbell Soup Cans and Lichtenstein’s Crying Girl, pop-art has always been about harnessing the power of mass-culture to turn the images of the moment on their head. Heatwave aims to tip its hat to this moment in time by creating a music-meets-art landscape of installations and environments to explore.

Bass and tech house continues its meteoric rise at Heatwave as it welcomes superstars like J. Worra, Dr. Fresch, Shiba San, and Westend to its art-clave paradise.

Heatwave will welcome a full range of to be announced visual artists and creatives set to adorn Douglass Park with areas for attendees to get lost in. These reality altering experiential elements set Heatwave apart as the most exciting addition to Chicago’s dance music calendar.

The event will be led by the team behind Auris Presents, the reigning tastemakers of Chicago’s dance music and immersive festival community, and team behind Chicago live music and entertainment venues RADIUS, Concord Music Hall, PRYSM and more.

Attendees can sign-up to be the first to get their festival passes at https://heatwavemusicfestival.com. General tickets will be on-sale May 13th with payment plans available now.