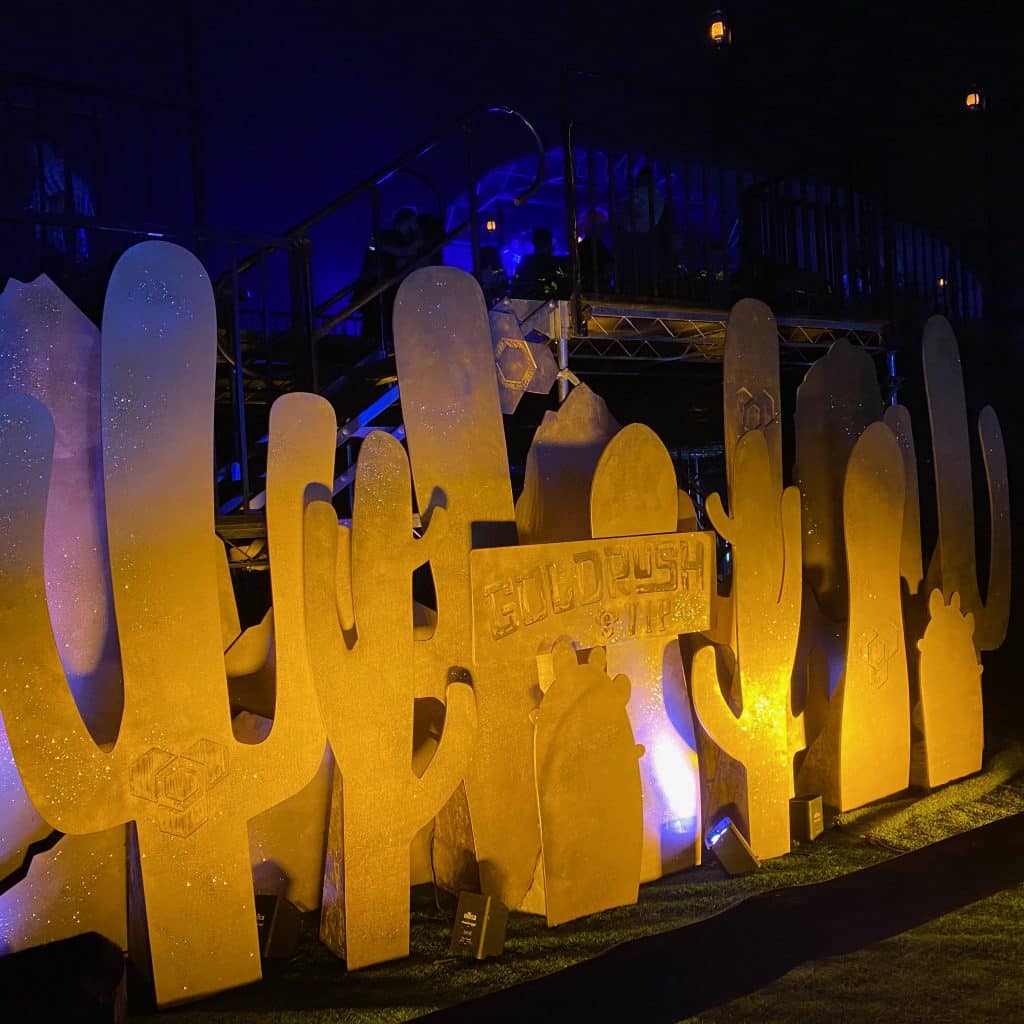 Relentless beats put on another breathtaking event for its 4th annual Goldrush Music Festival in Chandler, Arizona on September 24th to 26th. After not being able to enjoy music festivals for over a year they went over the top with the best production and layout they have put together to date! Very diverse headliners such as Above and Beyond, Illenium, ZEDD, Zeds dead B2B Griz for their debut B2B, Jauz, Diplo, and many more!

Music festivals especially in Arizona wouldn’t be anything without their special sponsors and many water stations throughout the event.

Many different varieties such as Red Bull, Smirnoff, Hensley beverage company, Don Julio, and new this year were dispensaries that were there trying to promote and give out coupons to come in and check them out! Although Marijuana wasn’t sold at this event they did give out good merch and pretty sweet coupons.

When walking first into the show,  you are welcomed by various sponsor tents that while supplies lasted were giving away samples of new drinks they had, such as Don Julio with a new tequila they had released.

Goldrush and every event by Relentless Beats has always been an amazing venue being at Rawhide. Goldrush specifically because the stage names and whole persona of the event is based on old western vibes.

Walking into the event the first stage you run into is the Golden Gorge, which is the main stage that had the biggest stage setup and biggest space for the crowd that attended. They also called this the megastructure stage, which was also the same stage they used for the excision show back in June. The headlining artists at this stage includedZeds Dead B2B Griz, Diplo, ZEDD, Troyboi, Above and Beyond Illenium, Jauz and Kayzo played here.

Walking to the next stage you had the Pioneer Peek stage, which was a more heavy dubstep stage that had headlining artists NGHTMRE, ATLiens, Svdden death, Virtual Riot, Getter, LSDREAM, Kai Wachi, plus many more!

This stage was amazing considering most of these artists either came from Lost Lands to Goldrush or from Goldrush to Lost Lands. Even though both of these festivals were the same weekend, this shows how dedicated these artists are to come put on a great show for fellow festival-goers!

Following this stage was the Hideout Stage, which played deep house and trance music. This was the top stage for most people because this stage included the weird and wonderful circus. This was the first time that Goldrush or any festival at Rawhide has had this added into the lineup.

This was a very big thing at this year’s Goldrush because they had a special  V.I.P stage setup at Golden Gorge and the hideout! The V.I.P setup this year was nothing like anything else because both stages had a three-tier high stage that you could see every angle of the stage. These sections also had an express entry, bars, and bathrooms!

Throughout the venue, you had a variety of foods ranging from typical fried festival foods, alcoholic beverages, lemonades, sodas, and the best part was the Platinum travel package that included a steakhouse dinner!

Overall Goldrush 2021 was one for the books. Considering the lineup plus the rough times we have all been through these past couple of years. This was much needed for everyone that attended. I never put it past Relentless Beats to put on a good show but my goodness Goldrush 2021 will be in my heart forever. After concluding the time at this first 3-day event, I cant wait to see what Relentless beats has in store for the future!