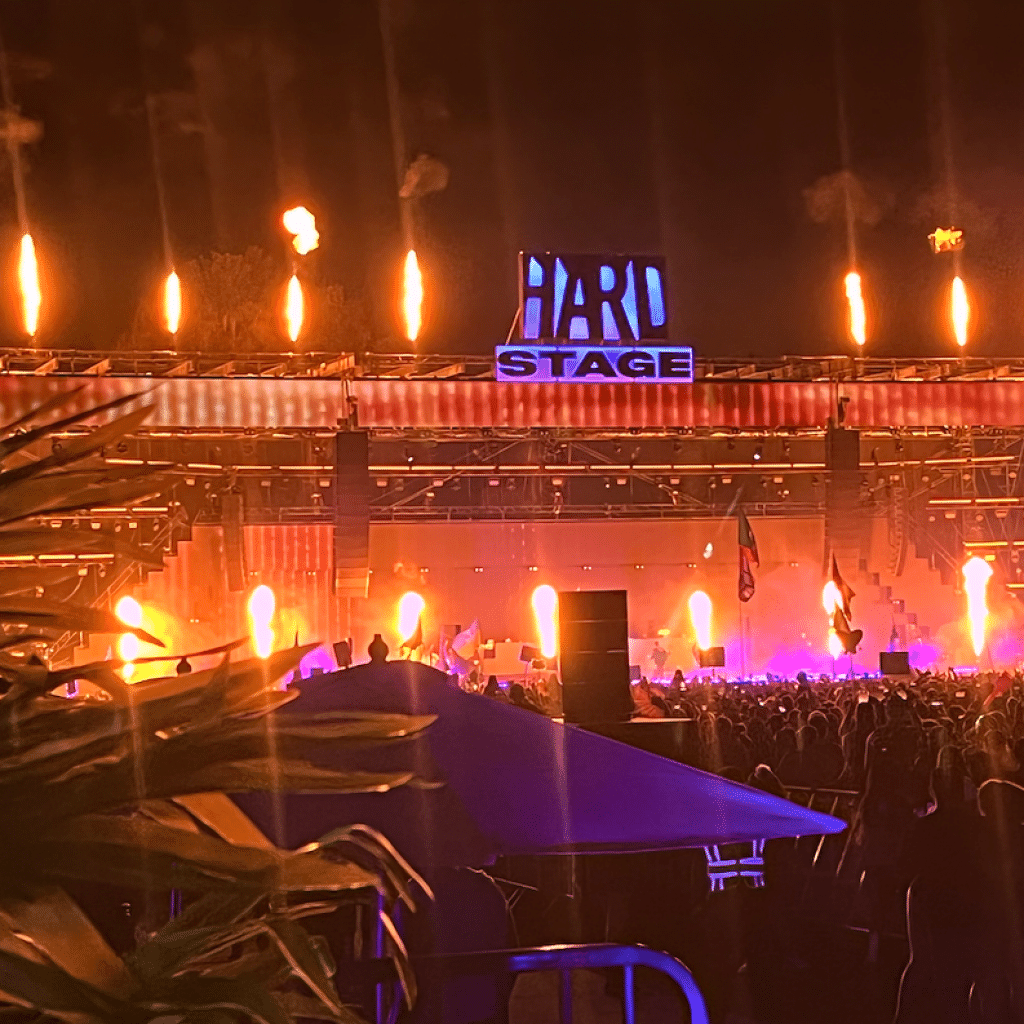 The Hard Summer music festival returned to San Bernardino last weekend, running from July 29-31, 2022. It went off without a hitch, featuring rap and dance music superstars like Megan Thee Stallion and Lil Uzi Vert, a crowd that couldn’t get off the dance floor, and beats so thick and heavy they rattled the stage. The festival took place at the National Orange Show Events Center, a 120-acre lot with so much space five stages were pumping out EDM, along with dozens of food trucks and other vendors.

The Hard Summer festival is one of the biggest and most successful names in the business, so they can pull in some of the hottest talent out there so newcomers can go and get their first paycheck from this. The three biggest names were the headliners, Megan Thee Stallion, Lil Uzi Vert, and Porter Robinson. They put on spectacular live performances for the crowd, featuring their latest hits from the top of the charts.

Along with the headliners, the crowd got to see many more world-class artists:

If rap, hip-hop, R&B, or EDM are your jam, this was the concert for you. The expanse of the massive venue allowed for a relaxed and comfortable atmosphere, with plenty of room for everybody to find the right vibe. The sunny outdoor stages allowed everyone to enjoy the warm California weather, while everything the crowd needed and comfortable amenities were easily available to them indoors at all times.

The National Orange Show Event Center is no stranger to events like these, hosting several other EDM and dance music festivals like Escape and Beyond Wonderland. Its convenient location and well-suited stage setups have turned it into one of the most popular festival venues in the region for good reason.

The crowd at this festival came in hot and heavy, with a smoke show of about 70,000 pasty-adorned and decked-out partygoers. The ample size of the crowd and the popularity of this festival meant that the organizers added an extra day this year, bringing the total number of festival days to three instead of two. This allowed everyone to relax a little and take it easy, knowing there was plenty of time for fun.

As anyone who has been to California in the summer can confirm, it can get uncomfortably hot sometimes. The crowd dressed light, and the promoters had water cannons, misters, and shade structures throughout the event to help keep everyone calm, cool, and happy. They even set up what they call the “shady lane”, a long corridor of tents and misters that connects two stages to give fans a break from the sun and heat.

As usual, Hard Summer provided food and beverage services, with many different options and food trucks available. Those over 21 can purchase alcohol on site, and there are options for vegan or vegetarian diets. Overall, this was about as comfortable as a festival could get, with clean, modern facilities and a refreshing, caring atmosphere.

One of the benefits of being in San Bernadino as opposed to some other parts of LA is that the traffic and parking situation wasn’t too bad, with plenty of onsite parking along with shuttles. This was a later event, running from 4 P.M. to 1 A.M. on Friday and Saturday, and from 3 P.M. to midnight on Sunday. If you’re looking to attend next year, single-day general admission is about $100, with the 3-day pass starting at $229.

Overall, this was a festival for the ages, and it won’t be forgotten anytime soon by those who attended it. The organizers of Hard Summer know how to keep a crowd happy, and this festival will be a landmark event of concert seasons for many years to come.