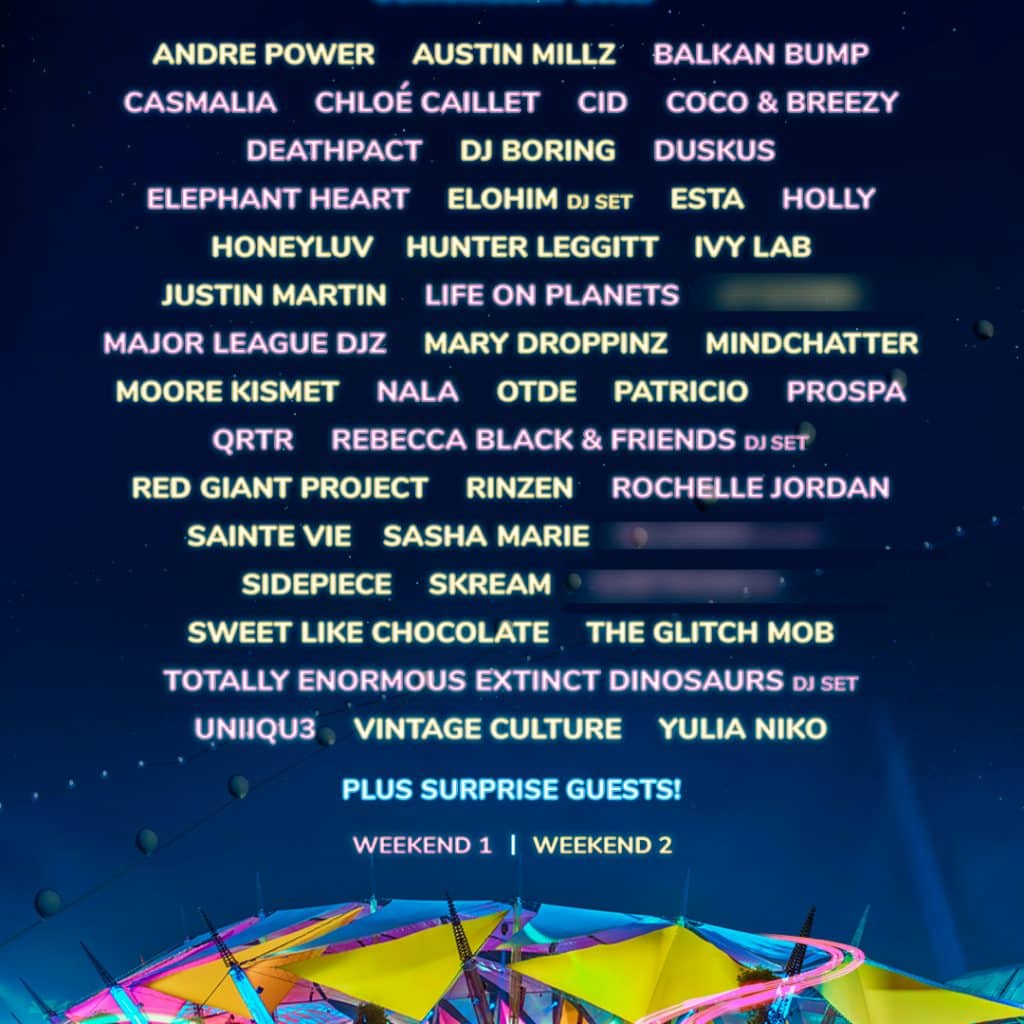 Plus Surprise Guests Each Night on Both Weekends

Today, creators of Lightning in a Bottle Festival and immersive art leaders, Do LaB have announced the 2022 artist lineup for their iconic stage at Coachella Valley Music and Arts Festival on April 15-17 and 22-24. Do LaB has established itself as an essential facet of the Coachella experience, widely known for its interactive crowd environment and the colorful structures of its transcendent stage along with the celebrated acts that perform on it.

Do LaB’s stage will also showcase the more avant-garde and experimental sides of electronic, a style of curation that has always been prominent at both their Coachella environment and flagship Lightning in a Bottle Festival. This year they host mysterious electronic project Deathpact, North London outfit and forward-thinking production duo Ivy Lab, the lo-fi house stylings of DJ Boring, cross-genre singer-songwriter and producer Mindchatter, and innovative trap and hip-hop focused producer Holly.

The lineup is also sprinkled with artists close to the brand, including past Do LaB players and artists with both past and upcoming connection to their Lightning in a Bottle festival. This includes veteran super producer and tastemaker Justin Martin, a DJ set by electropop singer-songwriter and musician Elohim, past LIB artists Patricio, Red Giant Project, Hunter Legitt, as well as upcoming LIB performers such as Austin Millz, Coco & Breezy, Elephant Heart and more.

Those who have been a part of the Do LaB experience in the past will know that surprise guests will make appearances at the stage during each night of both weekends. Some appearances seen in past years have included the likes of Skrillex, Richie Hawtin, Major Lazer, Bob Moses, Bonobo, RÜFÜS DU SOL and more.

Do LaB is again set to make its contribution to the Polo Fields with their renowned stage environment, consisting of interactive environments and unique structures that exhibit and celebrate the brand’s ethos of human connection, art as a transformative experience, and environmental sustainability.

The thrilling and interactive Do LaB experience at Coachella is another example of what the brand has in store for this year, including the return of their premiere multifaceted boutique festival Lightning in a Bottle. The five day experience fuses a forward-thinking musical lineup, immersive art installations, and cause-driven educational and yoga programming within a sprawling lakeside venue in beautiful Buena Vista Lake, California. Lightning in a Bottle’s 2022 musical programming includes marquee genre-crossing names such as Glass Animals, Kaytranada, GRiZ, Big Wild, CloZee, Ekali, G Jones b2b Eprom, GoldLink, Black Coffee, Four Tet, Seth Troxler, Maya Jane Coles, Jon Hopkins, and more.