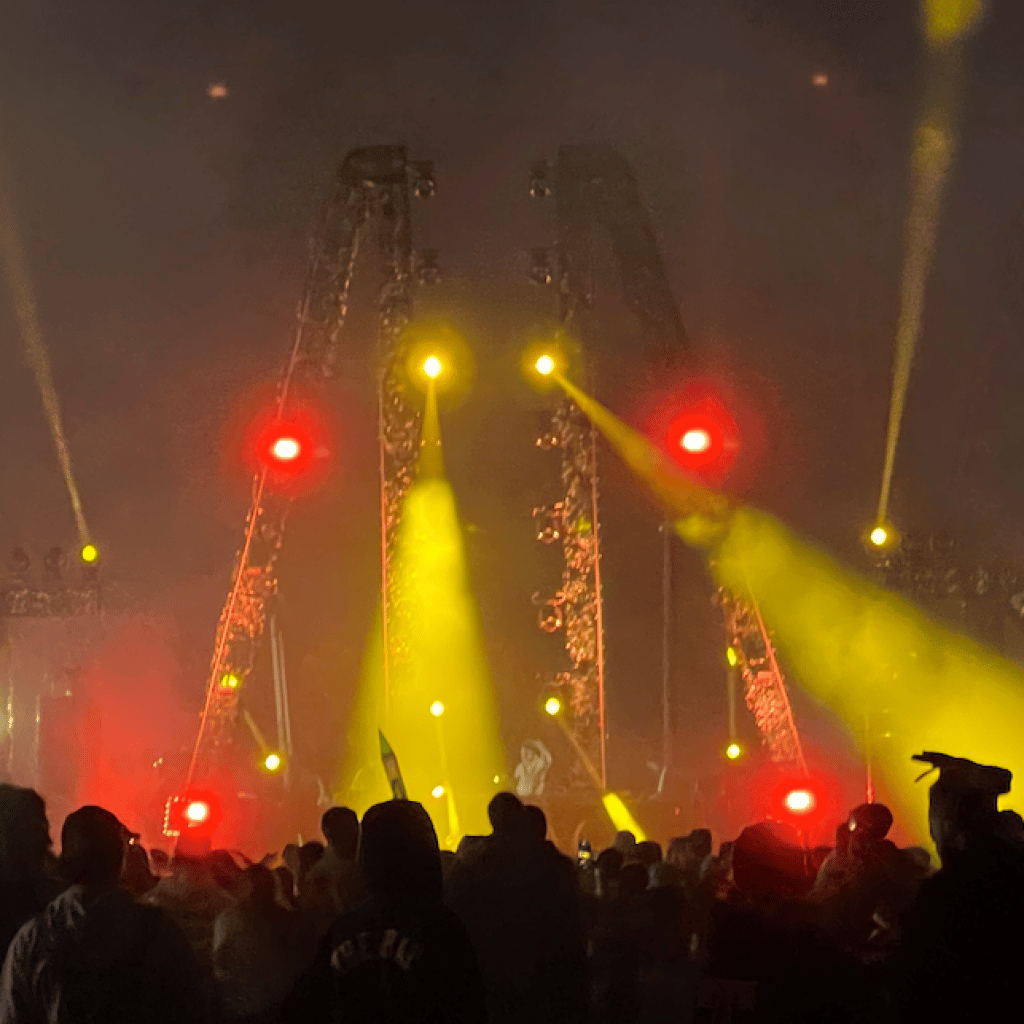 From San Francisco event groups Audio SF and DJ Dials, comes the annual Day to Night Festival on Treasure Island in San Francisco, to be held on Saturday, October 15th and Sunday, October 16th. This year’s line-up is a step up in talent as they were able to book Australia’s hottest DJ, Dom Dolla, who is currently touring thru the United States and Europe.

GAA Fields on Treasure Island near San Francisco. This field has soft green grass where attendees can dance while looking at the stage with a backdrop of the San Francisco downtown skyline in the background. This was a spacious venue with plenty of room to bring a blanket and relax on the grass and vibe out to the music.

Day to Night Festival only had one main stage, and due to potential winds that flow over the bay waters, there was no mega structure, but instead a raised platform, where you can see the DJ, front and center, and behind him is a small light structure that looks like 2 large triangles that come together to look like a volcano. The volcano-looking structure along with the DJ platform and stand was covered with green ivy to give it a nature look and feel.

The food choices was limited to the 2 food trucks that were at the event, which had a taco truck, and a sandwich truck. The drinks were the main focal point as there were more drink stands and bartenders than security guards, so there was no wait to buy a drink, but it was at the inflated price of $17 for a single, $27 for a double and $10 for a beer or whiteclaw. There was no artist merch store, but there were a few local clothing designer vendors setting up shop to display their designs and style.

This festival definitely had a more happy and mellow vibe, that identifies with the San Francisco 70’s hippy culture of wearing flowers in your hair and throwing up peace signs. Even the Artist lineup had local DJs that are often seen at Burning Man and other local shows in the Bay Area.

The weather was colder than expected as it was held in October this year, whereas in the past it was held in sunny and warm June. Public parking was easy to find around the neighborhood if you don’t mind walking 5-10 minutes to get to the venue.

Once there, security was friendly and respectful, who were looking out for everyone’s safety by searching more for weapons than anything else. Once you get thru security, the Box Office and Will Call are one and the same and was just a table where they confirm your name on a list and then attach a paper bracelet on your wrist. From there you flash your colored wristband to the bouncer and you’re in the event.

The VIP had 2 sections, 1 that was a tiered platform that hosted table service where you can buy bottles much like a night club, and the other section was the VIP dance floor where you were fenced off from the GA crowd, but on the left-hand side from where the DJ stage is, and there was no special front row for VIP.

When you first enter this festival, there is no wow factor with the venue, the design, the lights or the feel. But as you walk towards the stage, you can hear and feel the music, and you can start to see other people drinking, dancing, smiling and having a good time. You can tell that the production company was mostly focused on bringing in the top artists that people want to see and dance too, as the headliners do cost top “DOLLA”, and my favorite DJ Dom Dolla did not disappoint, as he played, in my opinion, the best set of the weekend and the crowd was dancing and grooving from start to finish.

Dom Dolla wasted no time to get the crowd dancing by playing his house music hits like “Pump the Breaks” and “Take It” and closed the show playing his newest release “Miracle Maker” and of course crowd favorite “San Frandisco”. This wasn’t your typical glamorous, over-the-top, mega productions and large-scale music festival, instead, this was the typical San Francisco groovy and chill festival that’s more focused on the music, the people and the vibe. Dom Dolla said it best, San Francisco, where’s your disco?