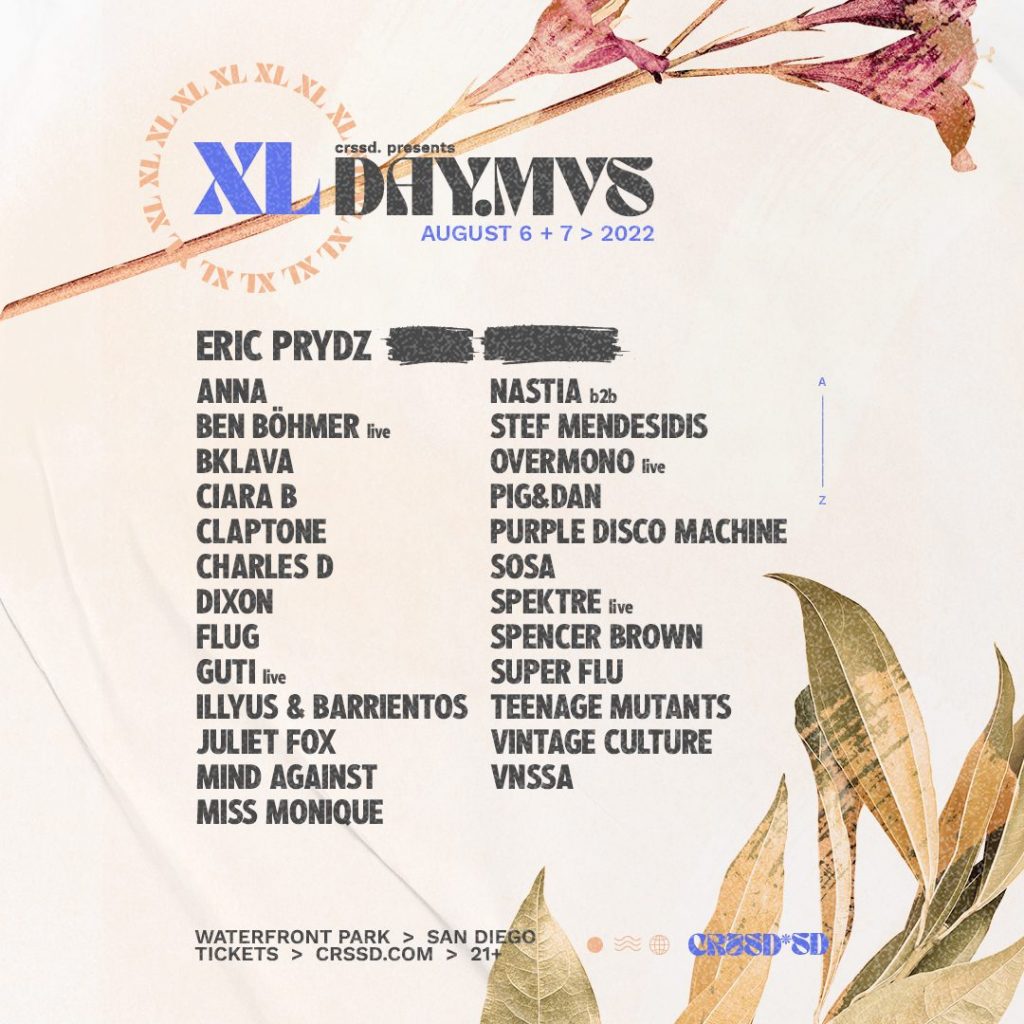 Pre-Sale Available to Past Purchasers Tuesday, April 12 at 11am PST

General On-Sale Wednesday, April 13 at 11am PST at https://www.crssd.com/event/daymvsxl/

Today, the team behind the renowned CRSSD Festival, FNGRS CRSSD, have announced the artist lineup for the return of DAY.MVS XL to San Diego’s Waterfront Park this summer. The two day city-center festival will touch down at the scenic oceanfront location this August 6 and 7, showcasing electronic music’s best and brightest names in a follow up to last summer’s successful DAY.MVS XL festival debut.

Food and beverage offerings will include food stands, pop-ups from local San Diego faves, local craft beers, tasty cocktails, and more. DAY.MVS XL will also host after-parties across the city in San Diego venues with more names to be announced.

General on-sale begins Wednesday, April 13 at 11AM PST at the link here.