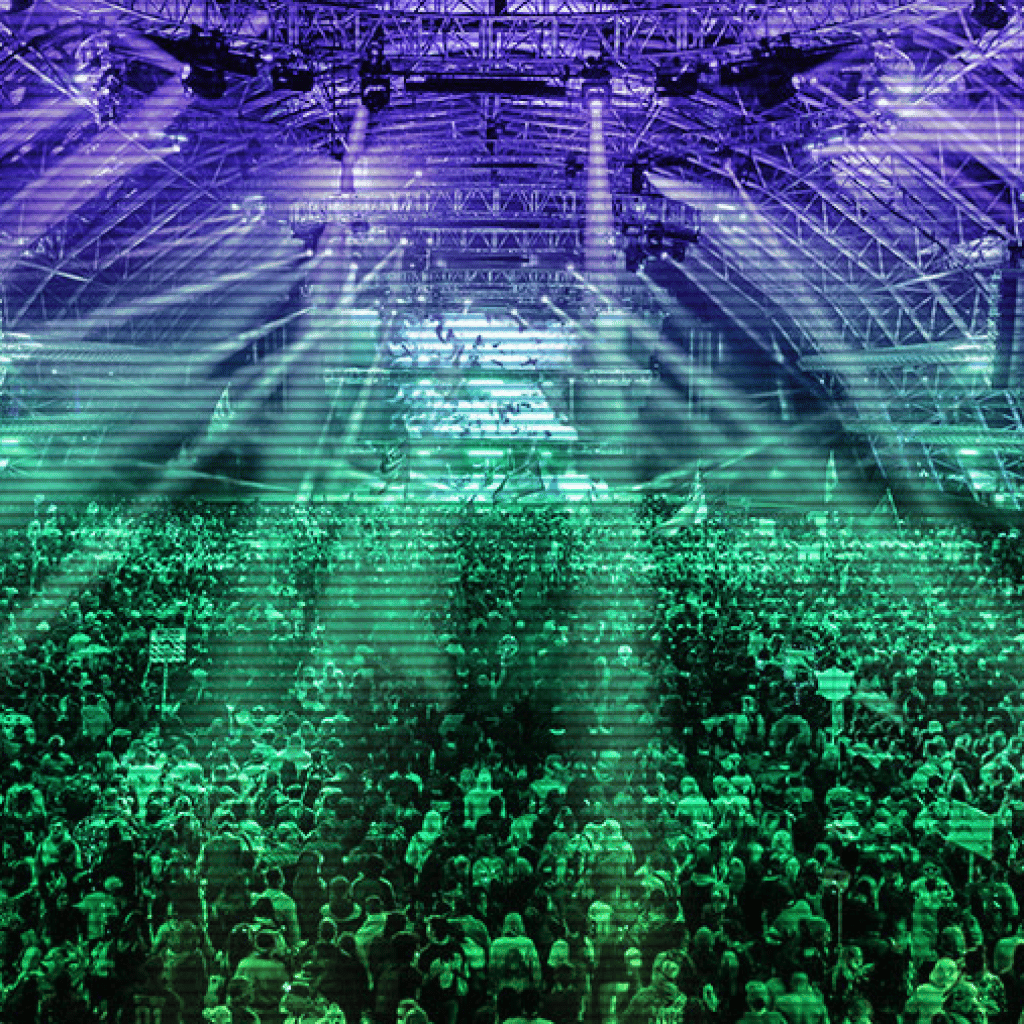 This year’s Countdown New Year’s Eve rave at the National Orange Show Events Center in San Bernardino went wild, ringing in 2023 in unforgettable style – a freaky, dance-heavy alien invasion!  Countdown NYE is one of the craziest, largest New Year’s events nationwide, with partiers coming from all over the world to partake in the biggest party imaginable. Heed the warning: the aliens invade at midnight, so get your partner, get your drinks, and get ready for the loudest bass drop you’ve ever heard to ring in the new year.

Like most massive raves put on by veteran production team Insomniac, this show sold out quickly. The house was packed, drinks were flowing freely, inhibitions were low, and people were getting wild. Tickets were reasonably priced, with 1-day passes starting at around $139, and two-day passes going for around $220.

War of the Rave Worlds

The NOS Event Center is one of the largest arenas for this type of event in the country. This gives it an unmatchable power and feel, and when you’re inside it, you almost feel like you’re in another dimension. Countdown NYE fully immerses you in this illusion, with lots of insane light shows, lasers, alien hieroglyphs and graphics, and people wearing costumes wherever you turn.

Insomniac specialized, and indeed, even perfected this type of rave. Their ability to create and sell, in a realistic way, fun thematic elements and surprises really takes their raves to the next level. One of the best things about them is their dedication to safety: no one gets left behind or goes down in the pit, water and help are always available, and they always know how to make sure you still feel grounded in reality, even when the Mothership lands to abduct you.

Encounter of the Fourth Stage

Being one of the largest raves of the night, this spectacular event had four different stages set up to enjoy: The Mothership, The Nebula, Area 51, and Twilight Zone. Each had its unique aesthetic and vibe, and different tunes could be heard from each one. Some of the hottest artists this year were:

As usual for Insomniac’s productions, there were about 40 artists total and no shortage of chart-topping smash hits. For those looking for their next rave destination, buy your tickets early as they sell out fast. The countdown to the next Countdown begins now, so be ready!