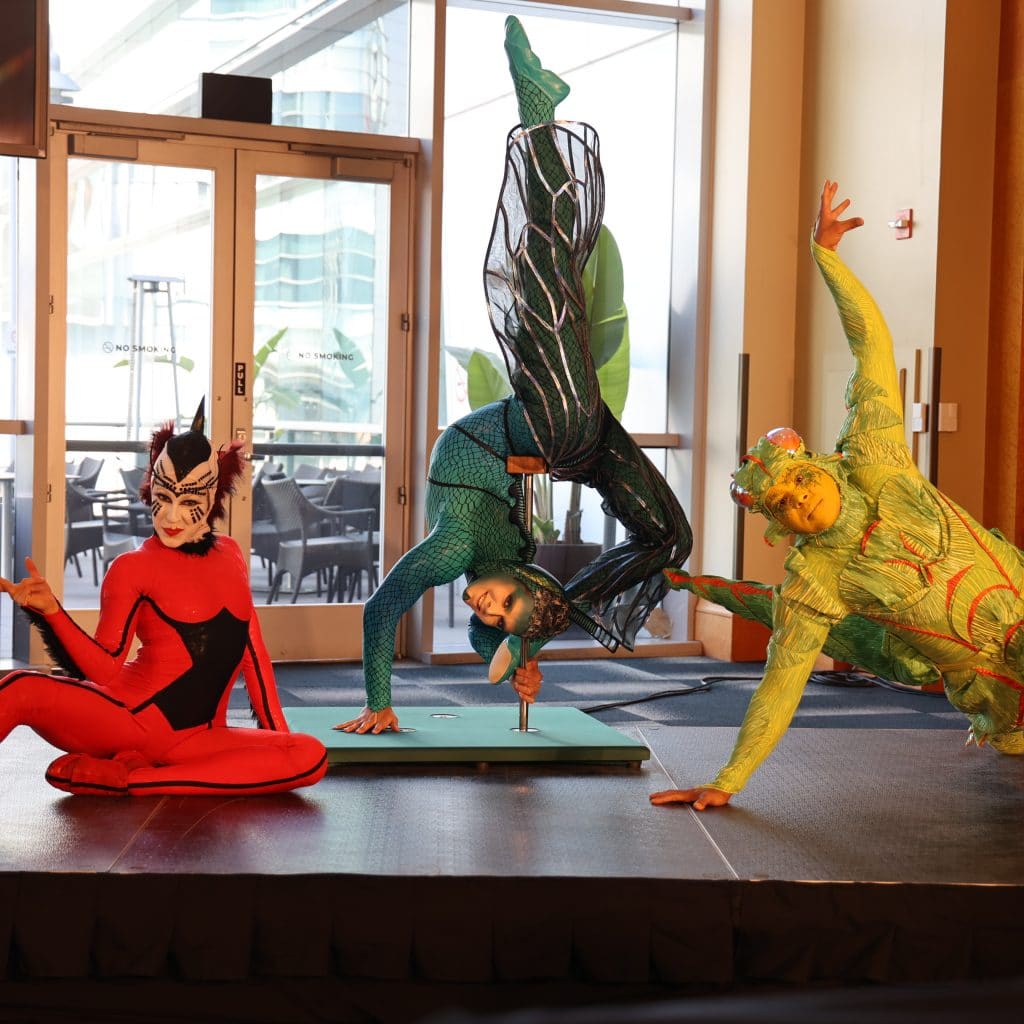 OVO – A buzzing spectacular, opens on March 16, 2022 for an extended series of performances

Los Angeles, November 11, 2021 – Cirque du Soleil Entertainment Group (“Cirque du Soleil”) and Microsoft Theater are proud to announce their new exciting partnership for presenting a Cirque du Soleil touring production within L.A. LIVE each spring for the next five years. OVO – a high-energy and high-acrobatic spectacular, will mark the launch of this new collaboration with a series of over 50 performances from March 16 to May 1, 2022 at the Microsoft Theater.

“We are excited to have found a new home for our touring shows at the heart of Downtown L.A,” said Daniel Lamarre, President and CEO of Cirque du Soleil Entertainment Group. “Microsoft Theater is an iconic venue perfectly located within L.A. LIVE; to add Cirque du Soleil to the impressive list of talent who have performed on its stage is truly an honor.”

”Microsoft Theater is incredibly excited and we look forward to welcoming Cirque du Soleil and their world-renowned shows and entertainment to L.A. LIVE starting in March 2022 and continuing are partnership through 2027,” Lee Zeidman, President, STAPLES Center, Microsoft Theater and L.A. LIVE.

Since June, Cirque du Soleil has been delighting audiences again in Las Vegas with the reopening of its resident shows Mystère, “O”, The Beatles LOVE and Michael Jackson ONE. KÀ is scheduled to reopen on Nov. 24, 2021. The return of OVO marks the relaunch of global touring operations for the company, following Alegría in Houston (November 2021), LUZIA in London (January 2022) and KOOZA in Punta Cana (January 2022).

“Intermission is over,” added Mike Newquist, Senior Vice President – Touring Shows at Cirque du Soleil Entertainment Group. “Travelling to invoke the imagination, provoke the senses and evoke the emotions of people around the world has always been the core mission of Cirque du Soleil; to be able to do it all over again at Microsoft Theater with OVO sparks an indescribable feeling of pride in all our artists and employees.”

THE BUZZING WORLD OF OVO

An exciting Cirque du Soleil experience for the whole family, OVO is a colorful intrusion into a new day in the life of insects, a non-stop riot of energy and movement. Highlighting the unique personalities and abilities of selected insect species through show-stopping acrobatics, OVO explores the beauty of biodiversity in all its contrasts and vibrancy.

From mighty crickets bouncing off trampolines to a hypnotic spider contorting inside her web, OVO exudes extraordinary showmanship to tickle the imagination. Funny and chaotic, yet adorable and wonderful, OVO charms our inner child with its sweet exuberance.

Comprised of 52 performers from over 15 countries, the cast of OVO (“egg” in Portuguese) brings to the stage 10 high-level acrobatic acts redefining the limits of the human body. Since its opening in Montreal in 2009, OVO has thrilled more than 7 million people in 155 cities in 26 different countries.

Originally composed of 20 street performers in 1984, Cirque du Soleil completely reinvented circus arts and went on to become a world leader in live entertainment. Established in Montreal, the Canadian organization has brought wonder and delight to more than 200 million spectators in more than 450 cities in over 60 countries on six continents. Cirque du Soleil is owned and operated by Cirque du Soleil Entertainment Group. For more information, visit cirquedusoleil.com.