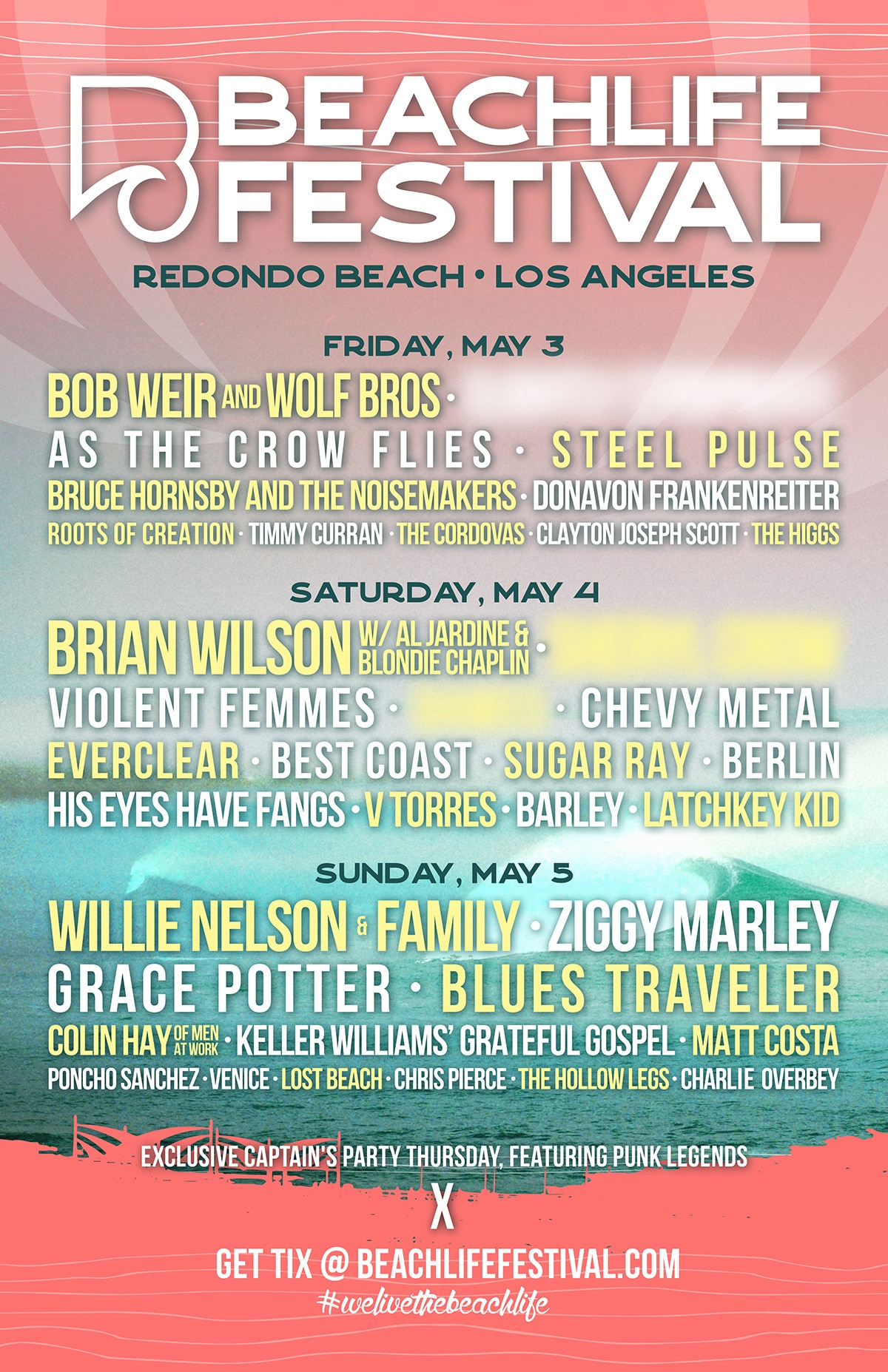 Have you worked on other festivals in the past?
I’ve been in the music business for more than a decade and launched Saint Rocke in 2008. I’ve executive produced outdoor concerts and festivals, such as the Hermosa Beach Summer Concert Series, and I’ve also produced hundreds of live stream productions where we filmed artists like Robert Plant, Red Hot Chili Peppers, and Katy Perry. I’ve seen how live music really connects people and a festival is another way to do that.  — Allen Sanford, co-founder of The BeachLife Festival

Why did you choose Redondo Beach as the location?
We wanted to create a coastal festival at this scale, which has never been done before and Redondo was the best choice. Redondo’s iconic coastal setting allows us to maximize the beach life experience, incorporating the natural elements like sand and water. I also grew up here, so it’s a culture and area I know well. — Allen Sanford, co-founder of The BeachLife Festival
How did you go from a tech platform to stream live music to actually throwing music festivals? It was a really natural extension. We’re already working with a number of festivals to help them develop and better understand the value of live and distributed content for their events. The LiveList platform is an important part of that process, so when the opportunity to develop our own, “content first,” festival experience presented itself, it was a pretty easy decision. Also, throwing a big party on the beach sounded like a pretty good time to us. — Rob Lissner, co-founder of The BeachLife Festival
The lineup is amazing and diverse; how did you come up with it? We live the beach life everyday, and the artist we booked are the soundtrack to how we live.  We’re stoked on the lineup and will be announcing some more exciting bands soon! — Allen Sanford, co-founder of The BeachLife Festival

“We’ve painstakingly curated this lineup to capture what we believe is the unique spirit of BeachLife, bringing together a mix of legendary icons, headlining touring bands and emerging artists who all in some way represent our Southern California beach lifestyle,” says Allen Sanford and Rob Lissner, co-founders of The BeachLife Festival and LiveList, a Venice-based tech platform that streams live music performances around the world.

While music takes center stage at The BeachLife Festival, top SoCal chefs will also have a stage of their own. ‘Side Stage,’ a 50-seat, sit-down, pop-up restaurant, will give festival-goers access to an unprecedented upscale dining experience just feet from the main stage. Band-inspired menus will be created by handpicked chefs such as esteemed California-based chef and restaurateur, David LeFevre. Additional chefs will be announced soon. A limited number of reservations will be available for $150 per person beginning March 1. More information about menu options, and details about reservations will soon be released via www.beachlifefestival.com. Beyond Side Stage, BeachLife Festival will feature a curated wine village with boutique wineries, a massive craft beer bar focused on LA breweries, a VIP poolside experience, an elite speakeasy, and multiple bars and food vendors and trucks across the venue.

Designed to embrace SoCal’s coastal essence where live music is synonymous with sand in your toes and a cold drink in hand, The BeachLife Festival will feature California culinary stars and multiple surf and skateboarding components in addition to the 40 musical acts. The BeachLife Festival will also take a “content-first” approach by creating a highly-integrated level of engagement between artists and guests – even before announced musical acts take the stage. In the months leading up to the festival, confirmed BeachLife acts will be producing exclusive content to highlight their connection to, and passion for, California’s acclaimed beach culture.

Three-day passes are on sale now on the BeachLife website. General admission passes are currently $249 and VIP passes are $795. The Captain’s Pass, which includes additional perks like backstage access, complimentary alcoholic beverages, and valet parking is $2,000. A percentage of ticket sales will be donated to several charities, including: Surfrider Foundation, 5 Gyres, and Redondo Beach Police Foundation, with additional non-profits forthcoming.