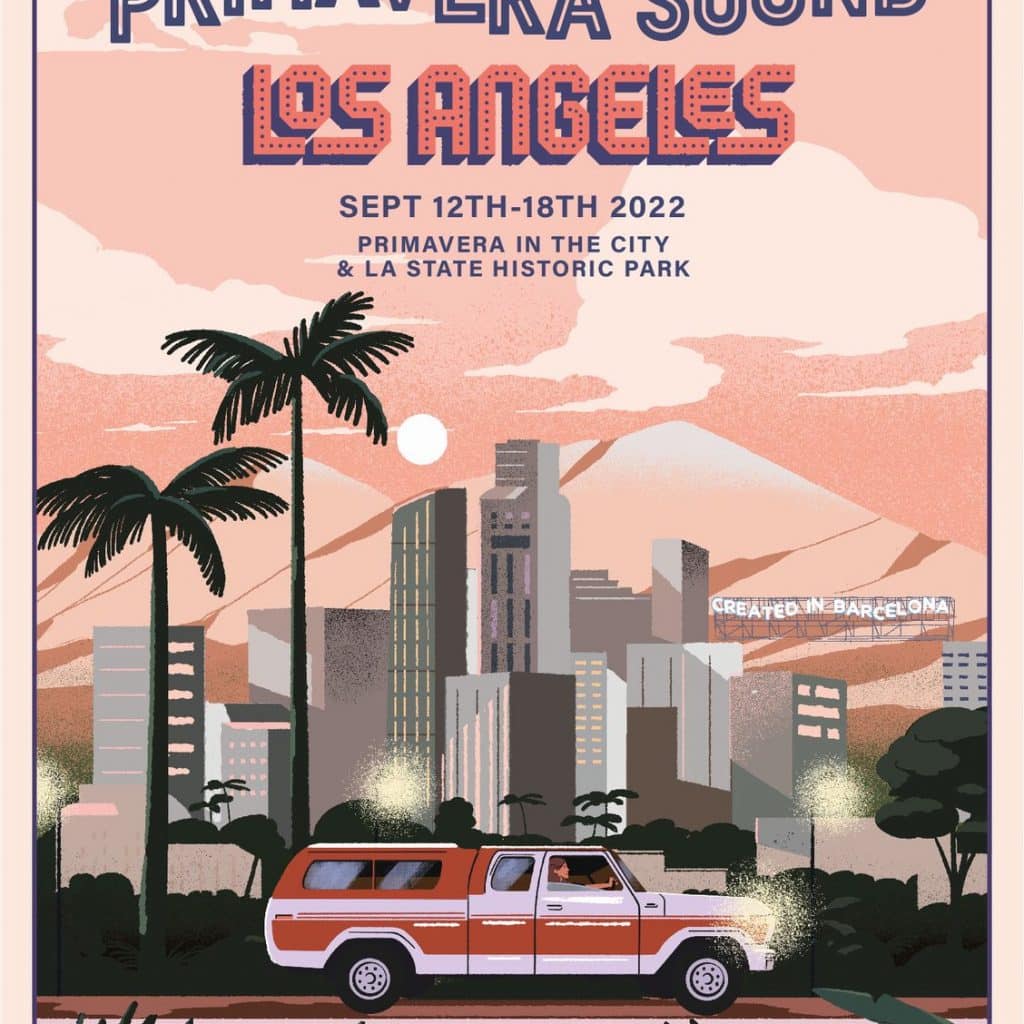 The first Primavera Sound festival in the United States will finally be held on September 16th, 17th and 18th at the L.A. State Historic State Park.

Since the 2019 announcement of Primavera Sound’s landing in the United States to the celebration of the first edition of Primavera Sound Los Angeles, a lot has happened, perhaps too much. It has been two years that have seemed like two centuries, but finally the time has come, and Primavera’s excitement about our California debut has only increased! During all this time we have talked a lot about dates, but very little about what really matters: the music. The bands, the artists. So, what will next year’s Primavera Sound Los Angeles premiere sound like?

We can finally start to imagine it thanks to the first confirmed names of the festival, which will take place on the 16th, 17th and 18th September in the L.A. State Historic State Park, after extending to three-days to take the Barcelona touch further than ever before. Kilometres matter little when the same musical language is spoken and Los Angeles and Barcelona will be united for three days by a line-up worthy of Primavera Sound. Coherent and daring at the same time, full of surprises but connected in every detail with the spirit that has made Primavera Sound what it is today. Today, at last, we finally begin to cross the bridge that will take us to a new destination Primavera without renouncing to all those values that, after 19 editions, the Barcelona festival champions. Sustainability, gender equality, social commitment and urban integration will guarantee an impact that goes beyond the strictly musical one.

The preview of the line-up is headed by Arctic Monkeys, reactivated as the new classics they already are, the eternally avant-garde Nine Inch Nails and Lorde as a generational pop icon after returning with Solar Power, but in this poster also shines out the contemporary crooner James Blake, the triumphant come back of Mitski, the rupturism of Arca, the groove nomads Khruangbin, the house muscle of BICEP, the brilliant maturity of Clairo, the resuscitated Darkside, the darkness of King Krule or Low, once again visionaries with their recent HEY WHAT.

A route through today’s most exciting sounds that, for the moment, consists of 59 stops, as many as the number of artists confirmed in this first batch of names. From the labyrinths of Stereolab to the miniature hits by PinkPantheress, from the eternal icon Kim Gordon to the revelation Mustafa and his soul poetry and the sharp guitars of Fontaines D.C., from the queen of techno Helena Hauff to the patron saint of reggaeton DJ Playero, from the roar of Special Interest to the whisper of Cigarettes After Sex, from Tierra Whack’s signature rap to Dry Cleaning’s new post-punk, from the icey riffs of Mayhem to the pop with Latin roots by Paloma Mami, from the Mexicans Little Jesus and the Puerto Ricans Buscabulla to the ambassadors of the Spanish scene Bad Gyal, Derby Motoreta’s Burrito Kachimba, María José Llergo, Marina Herlop and John Talabot: in short, the journey to Los Angeles can be made by following an infinite number of musical itineraries that will soon be extended with the rest of the artists on a line-up that is already heading towards equality. A non-negotiable commitment for Primavera Sound in its search for a fairer music industry.

All previously purchased tickets will be valid for Primavera Sound Los Angeles 2022.

For exclusive access to 3-Day GA and VIP tickets, register for the pre-sale now at www.primaverasound.la. Pre-sale begins on Friday, December 10th at 10:00am PT and any remaining tickets will go on sale to the general public on Friday, December 10th at 2:00pm PT. 3-Day GA tickets start at $399 plus fees and 3-Day VIP tickets start at $925 plus fees. Visit www.primaverasound.la for tickets and more information.