All You Need is LOVE: Beatles at the Mirage 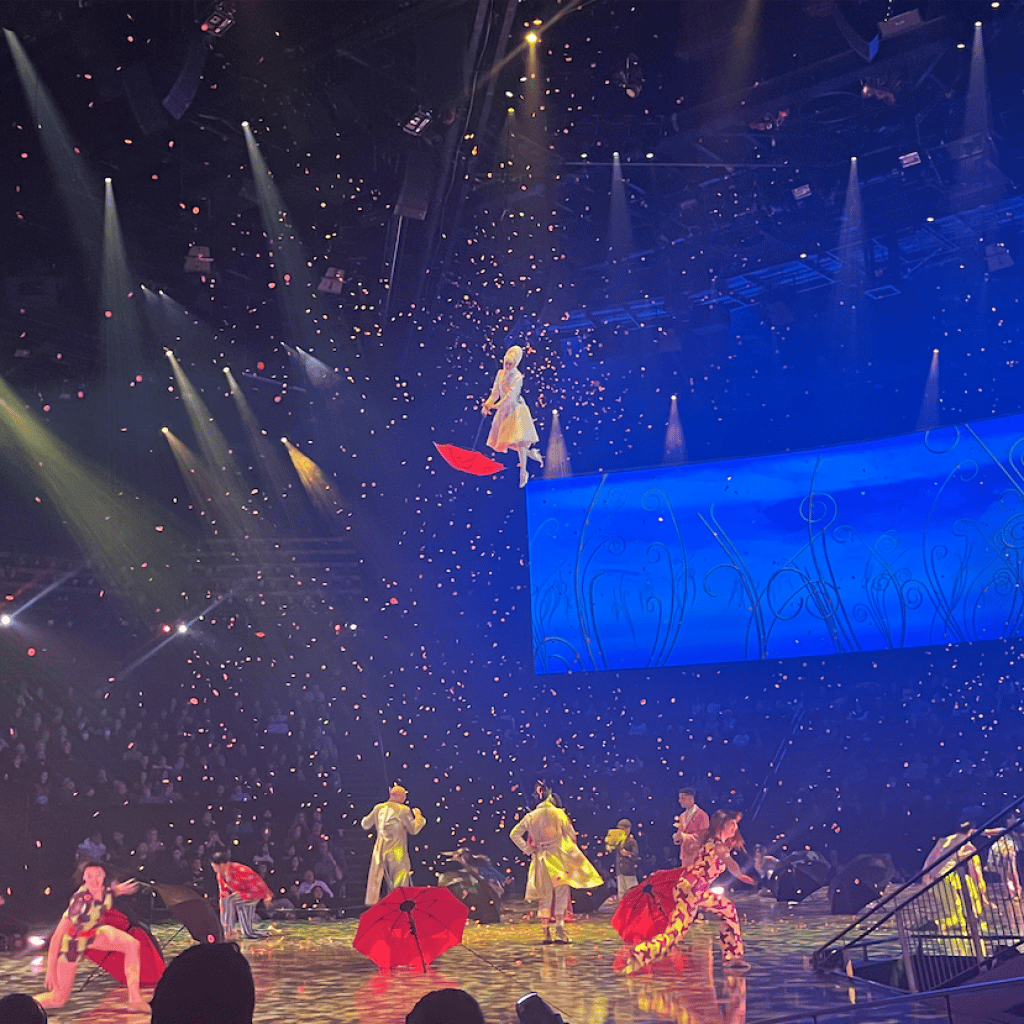 All You Need is LOVE: Beatles at the Mirage

If you’re a fan of the biggest supergroup in music history, you’re probably familiar with the Cirque du Soleil production called LOVE. Created in collaboration with the Beatles’ producer George Martin (the real “fifth Beatle” for anyone who knows), and his son, Giles Martin, giving it an authenticity that no one has experienced since the Beatles Anthology series came out in 2000.  The Beatles’ LOVE is a production like no other, bringing the incredibly vivid, powerful, and moving music of the Beatles to life in a way that no other show ever has before.

There Will Be a Show Tonight on Trampoline

This idea also originated in the year 2000, with discussions involving George Harrison before his death. The involvement of Ringo Starr, Yoko Ono, Julian Lennon, Paul McCartney, Cynthia Lennon, Neil Aspinall (ex-touring and Apple records manager), and many others from their inner circle makes LOVE most likely the most authentic Beatles side project that will ever exist. For those who didn’t get a chance to taste the magic of the 60s, or who want to relive it one more time, LOVE is the best way to do so.

Cirque du Soliel is globally recognized for its groundbreaking, influential work in the areas of performance, trapeze, and other acrobatic feats. They were, in many ways, the first circus production act to transcend the circus tent and bring their show into the arena of full-on high art, competing with Broadway musicals, operas, and dance stars. This show is a feast for the senses like no other, and you will be dazzled by the technicolor sets, sights, and sounds everywhere you turn.

Get Back to the Beatles

One of the main selling points that had critics and fans raving about The Beatles LOVE was the new versions of the Beatles’ songs. For decades, their catalog had an almost reverential aspect, worth an untold amount of money and long-forbidden to be used in commercial advertisements. To hear the Beatles, you had to buy one of their albums, and even finding their music online was rare on streaming platforms until the mid-2000s.

LOVE is the only chance you will ever have in your life to experience the Beatles like this. George Martin and the other superstars of the Beatles world have turned their music into a sum greater than its parts, and a show that is the spectacle of a lifetime. Indeed, there’s nothing you can sing that can’t be sung, and all you need is LOVE.