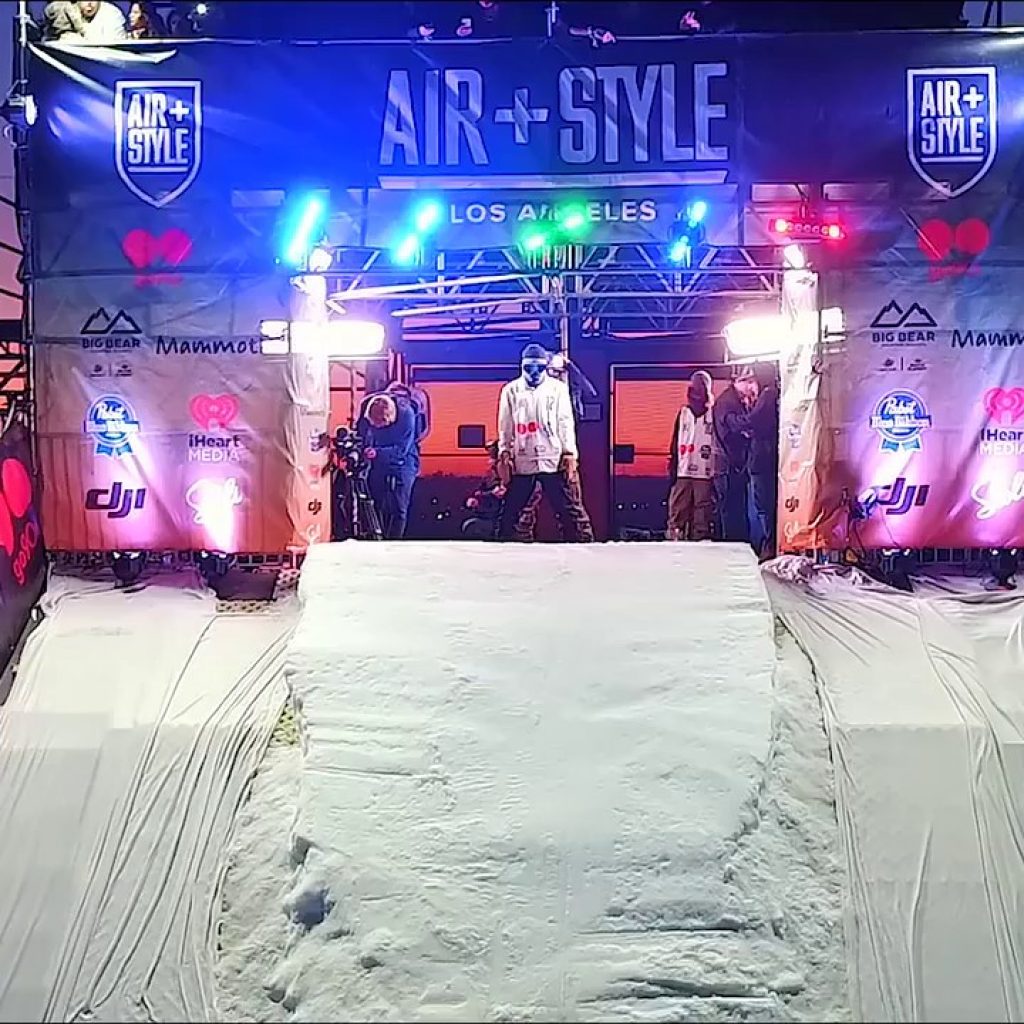 The annual Air + Style festival took place at the Exposition Park in Los Angeles, California on the weekend of March 3rd and 4th. Tens of thousands of attendees from all walks of life came together to enjoy music, art, snowboarding, skateboarding, food, and everything in between.

This year’s lineup comprised of a variety of headliners including the following artists: Zedd, Phoenix, Gucci Mane, Cashmere Cat, Cut Copy, D.R.A.M., Griz, Mura Masa, Phonogram, Tinashe, Washed Out, BadBadNotGood, Mija, and much more. There were two larger than life stages, with amazing sound production that could be heard across the venue. The music was a huge hit drawing in huge crowds for the main headliners each night.

This year’s Air + Style set up as different than previous years. Rather than having a big air jump there was a park course. There was a a best trick contest and best run contest, both of which brought out some insane tricks from the riders. Riders included the likes of Francis Jobin, Frank Bourgeois, Zak Hale, Anto Chamberland, Dylan Alito, Darcy Sharpe, Jill Perkins, Ozzy Henning, Nate Haust, Drayden Gardner, Brandon Davis, Kyle Mack, Johnny O’Connor, Desiree Melancon and Jordan Morse.

This year Air + Style incorporated skateboarding into the mix with a DIY park competition. The competiton was broken down into best trick and best runs. This brought out some heavy hitters from skateboiarders such as Greyson Fletcher, Raven Tershy, Tom Schaar, Alex Sorgente, Karl Berglind, Cory Juneau, CJ Collins, Nora Vasconcellos, Lizzie Armanto, Chis Russell, Heimana Reynolds, Sky Siljeg, Keegan Palmer, Patrick Ryan and Willy Lara. The skateboarding finals were packed with non-stop action with a live band to hype up all the skateboarders.

The stage production and set up for both stages created an experience of transcendence and mind-freeing genuinity. This year’s diverse lineup featured a great mix of live bands and DJ’s that catered to various tastes in music. There was something for everyone to enjoy out of the 20+ artists that performed at Air + Style this year.

A wide variety of food trucks lined the festival grounds anticipating hungry festival goers. No matter what you were in the mood to eat, there was always a place to satisfy your appetite. I indulged in everything from homemade fruit smoothies to a savory pulled pork mac and cheese. There was a food stand for everyone’s palate, including coffee, vegan food, pizza, and much more.